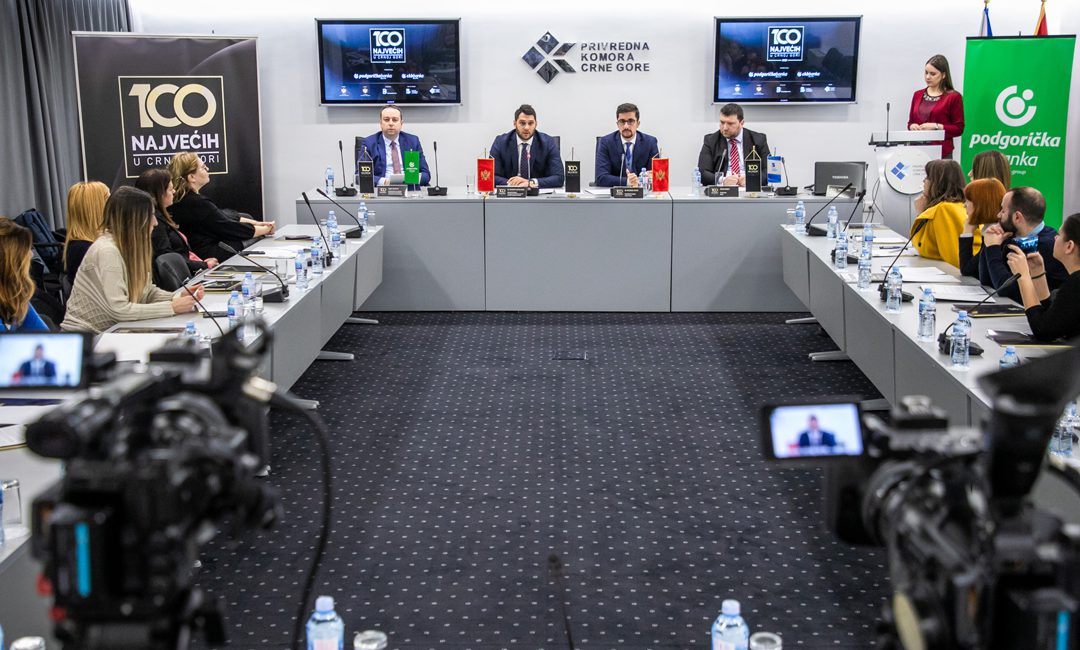 For the third year in a row, the “Top 100 in Montenegro” project will continue highlighting positive examples of the business practice in Montenegro with the aim to motivate businesses to file their financial reports more regularly.

This has been stated at the press conference, held on the occasion of launching the project “Top 100 in Montenegro 2020”, which is being implemented this year for the third time and which was initiated by BI Consulting, the leading agency in the field of providing business and credit rating information, in partnership with the Ministry of Finance and the Ministry of Economy, with the support of the Chamber of Economy of Montenegro and with the sponsorships of PodgoričkaBbanka and Crnogorska Komecijalna Banka, members of the OTP group.

Mr. Ratko Nikolić, the founder of BI Consulting, a business information provider, has said that the TOP 100 project continues to highlight positive examples of business practices in Montenegro for the third year in a row.

“Through a multi-content approach, we will inform the public about the comparative data that show market trends and motivate businesses to file their financial reports more regularly. Most importantly, we will collect and analyse data on the operations of Montenegrin businesses, rank them, publish the rankings in this year’s exclusive edition of the Business Newspaper, and reward top ranked companies at the final event in late May,” Nikolić has said. 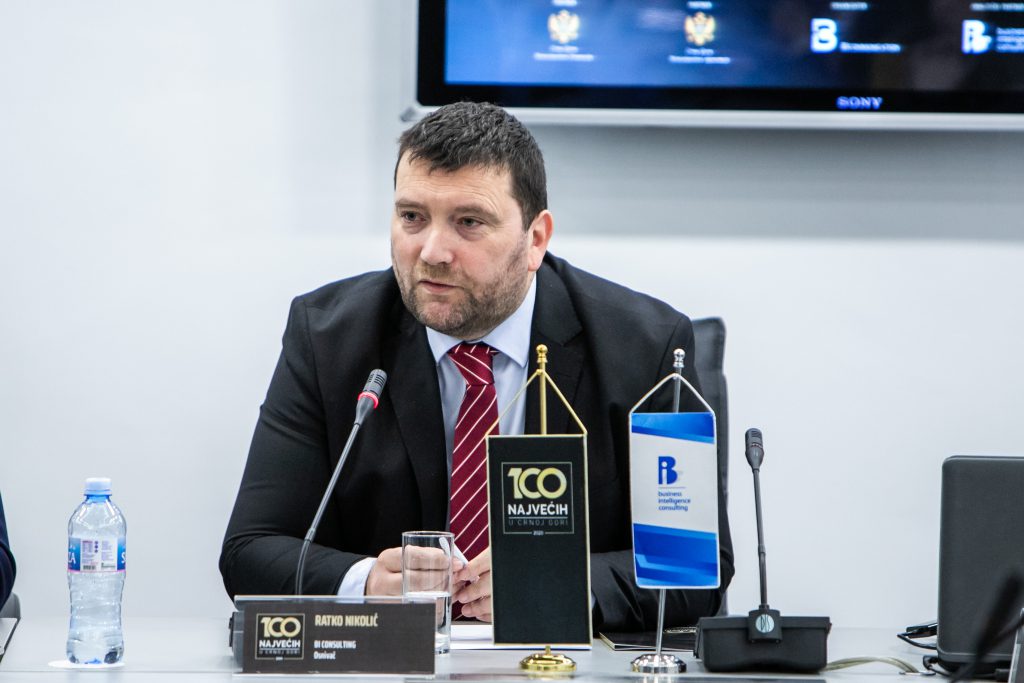 He has repeated that micro, small, medium and large enterprises get ranked by income, profit and number of employees, followed by twelve dominant industries, as well as the fastest growing company.

Mr. Nemanja Katnić, state secretary at the Ministry of Finance, has said that the most recent available macroeconomic indicators show that the last year was also characterized by the stronger economic activity than expected.

“Namely, the real growth of 3.8 % was recorded for three quarters, and the growth was particularly strong in the third quarter when it reached the rate of 4.7 %. The Government projected the growth of 3.1 % in 2019, based on the growth from the first two quarters. However, after they published the growth rate in the third quarter and based on available indicators for the fourth, it is clear that this growth rate will be exceeded,” Mr. Katnić has said. Last year was characterized by the same drivers of growth is in the previous years, 2017 and 2018. 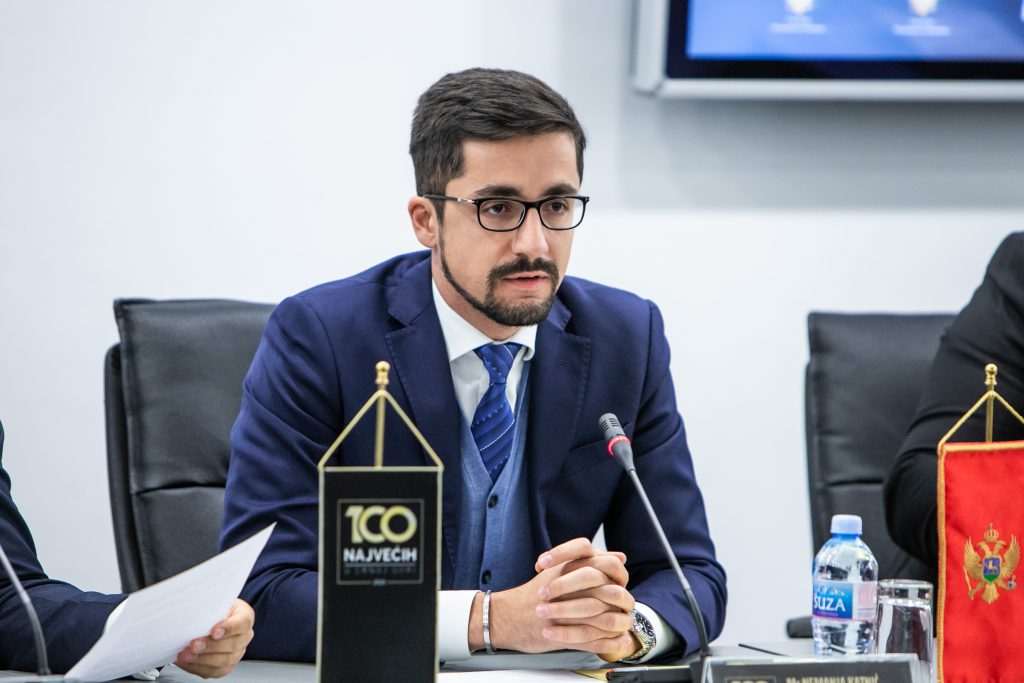 “Although all sectors recorded growth, with exception of the industry, the tourism sector dominated this year again, as it grew for the third consecutive year with record levels of arrivals, overnight stays and income indicators. Given the strong investment cycle, the construction sector also recorded growth this year. This was another successful year because the positive effects of economic growth were also reflected in the collection of budget revenues, and the planned deficit of 2.98% of GDP was achieved, which is a continuation of the deficit reduction trend that additionally strengthens the macroeconomic stability,” Mr. Katnić has explained.

He has pointed out that the positive effects are also visible in the labour market, with the unemployment rate in Montenegro currently at a historical minimum, as he has described, while the activity rate is at its maximum, with significant employment growth.

Mr. Radosav Babić, director general of the Directorate for Investments, Development of Small and Medium Enterprises and Management of EU Funds at the Ministry of Economy, has said that the Ministry of Economy will continue to implement the Economy Competitiveness Improvement Programme, which has been accomplishing significant and visible results every year.

The programme contents and its programme lines have been designed and implemented in line with the requirements of the Montenegrin economy. The year behind us saw a positive trend and growing interest in all programme lines, which has resulted in a large number of supported micro, small and medium-sized enterprises,” Mr. Babić has said.

He has stated that the total number of supported enterprises last year reached 307, while 103 business were supported in 2018, which is an increase of 204 %. Consequently, the amount of granted subsidies increased by 136 %, he has explained. 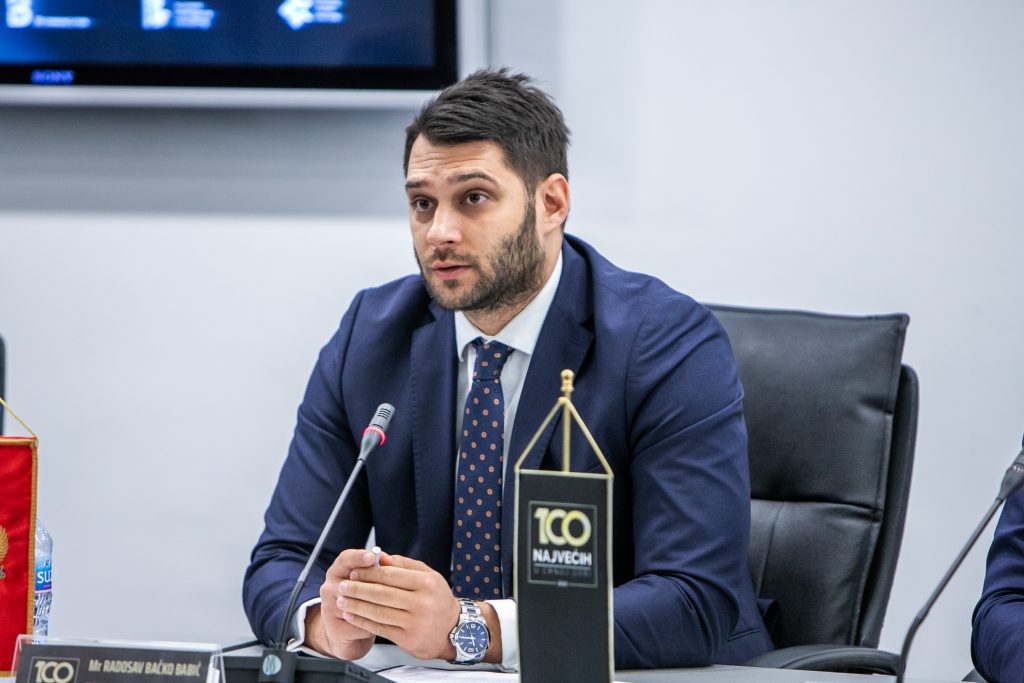 He has pointed out that a significant number of businesses that won the “Top 100” award in 2019 were beneficiaries of the programme lines.

“We expect that this positive trend will continue in the forthcoming period, that we will have successful and productive cooperation in the future that will positively influence the economic growth, job creation and improvement of export potential, as well as the creation of preconditions for better life of our citizens,” Mr. Babić has said.

Mr. Samo Jovićević, deputy executive manager and director of the Corporate Sector of Podgorička banka, has said that he is very pleased that Podgorička banka is the sponsor of the “Top 100” in Montenegro again, for the third time. 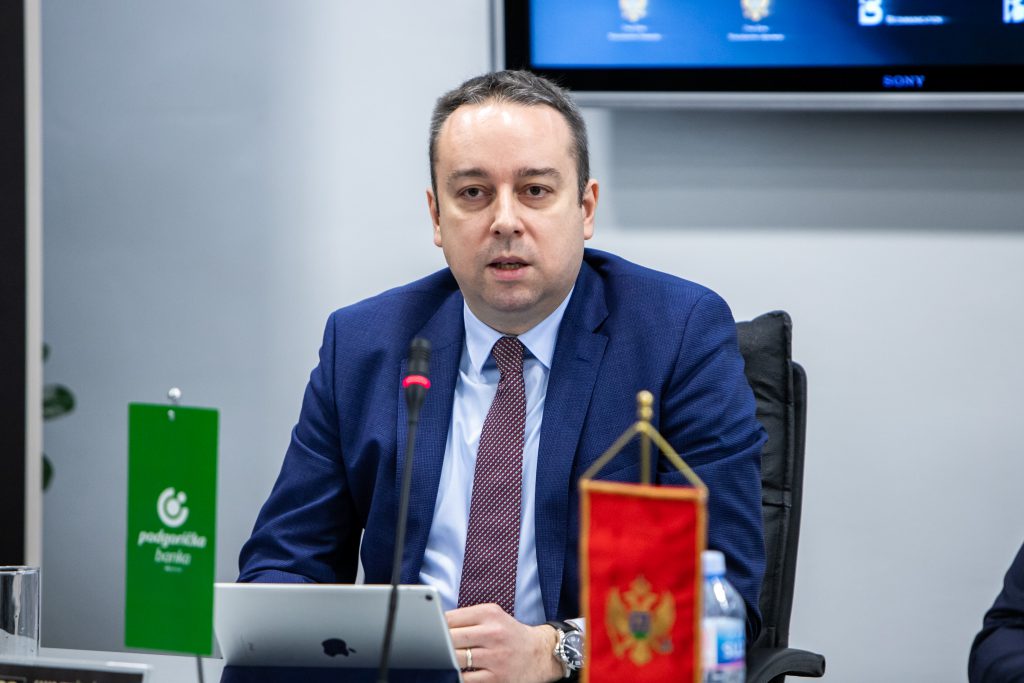 “It is a particular pleasure to be a partner in this project together with the Crnogorska Komercijalna Banka this year. Our two banks have always been committed to fostering a positive business climate, building strong relationships with our clients, and strengthening the preconditions for Montenegrin businesses to achieve better results in the future, for the benefit of not only the owners and their employees but also our entire economy,” Mr. Jovićević has said.

He is convinced, as he has pointed out, that there will be many clients of Podgorička Banka and Crnogorska Komercijalna Banka among the winners of the “Top 100 ” seal this year as well.

“I am pleased that we will be part of their success. I would also like use this opportunity to thank the organizers, as they have succeeded in promoting the healthy Montenegrin business and truly enviable results achieved by our businessmen over the last three years,” Mr. Jovićević has said.