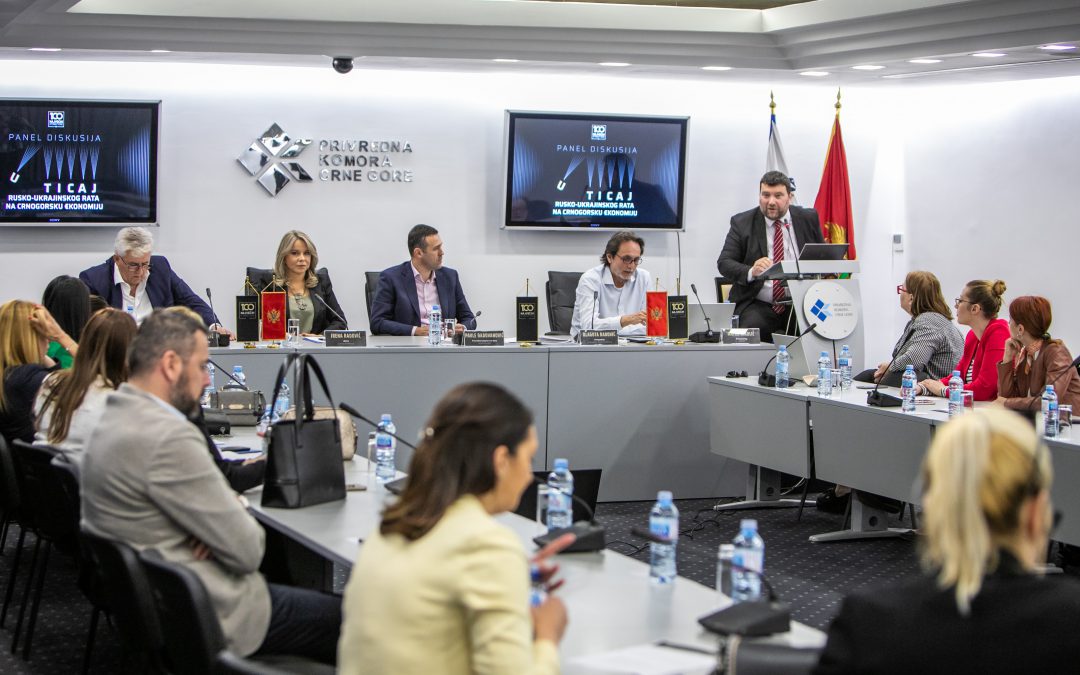 The Russia-Ukraine crisis has affected the Montenegrin economy in multiple ways, but small economies recover fastest. However, that requires fair market conditions and strategic planning to ensure the business environment’s predictability.

This has been communicated during the panel discussion on the topic of “The Impact of the Russia-Ukraine crisis on the Montenegrin Economy”, organized within the “Top 100 in Montenegro 2022” project.

Mr Ratko Nikolić, the founder of BI Consulting, business information provider and project co-organizer, has said that the war in Ukraine will have significant consequences for the world’s economy, as well as for Montenegro. 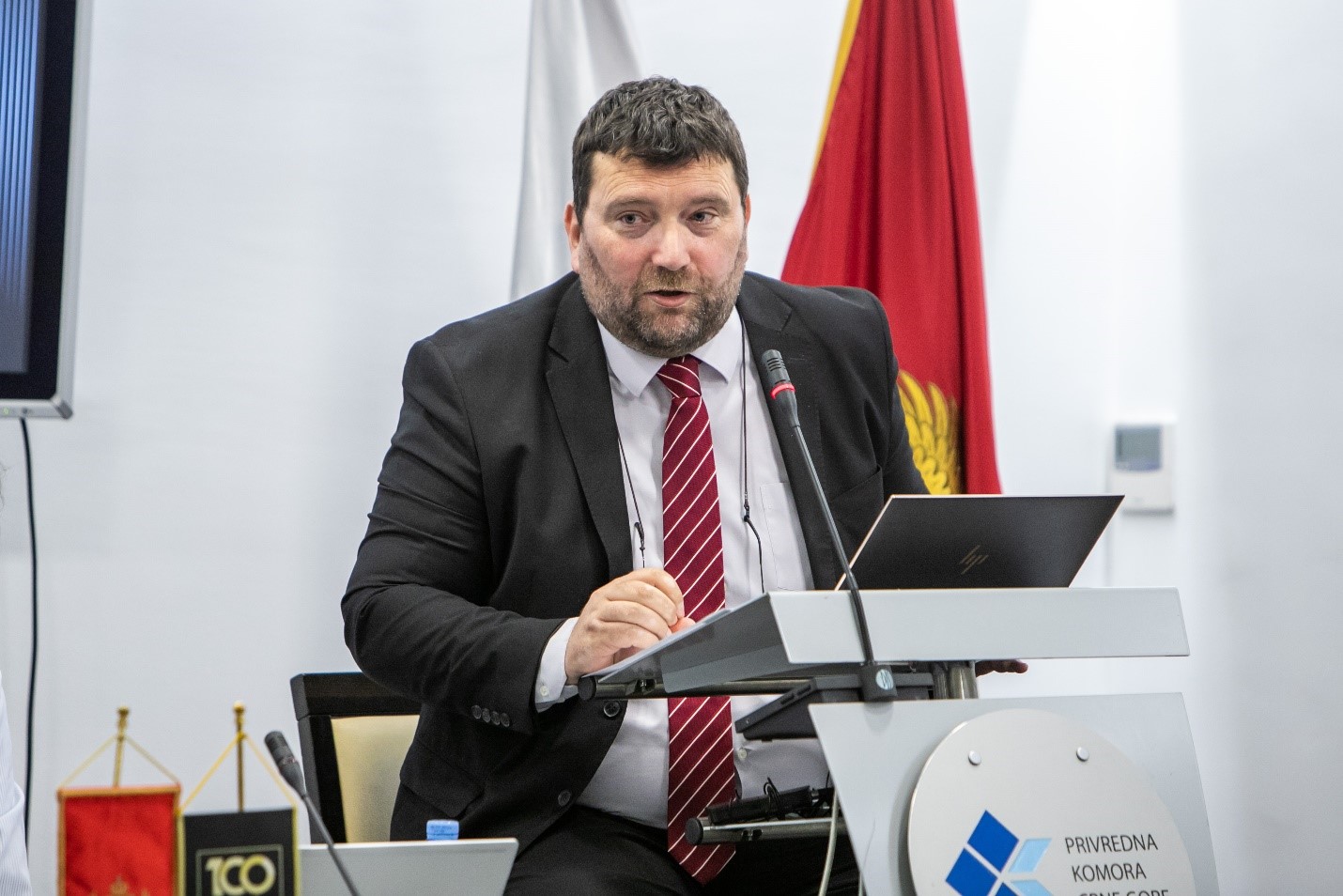 “Strong institutions that will provide a level playing field, as well as plans and strategies that will ensure predictability of the business environment, are of crucial importance. I think that is what business people are most eager to see. A strategic approach to the institutional development and in further economic development is essential”, Nikolić believes.

Ms Irena Radović, the Investment and Development Fund of Montenegro (IDF) executive manager, has pointed out that the war on the European continent will lead to an even greater increase of food prices, and possibly prices of energy generating products.

“We must bear in mind that Montenegro is a small, open economy that uses Euro, without the possibility to apply monetary policy instruments and with very limited room for fiscal interventions, given the status of public finances. The high level of public debt and the projected budget deficit that each government would have to deal with, do not provide much room for manoeuvres. So, when you look at the global situation, Montenegro has been hit multiple times with limited potential to adapt to external shocks,” Radović has said. 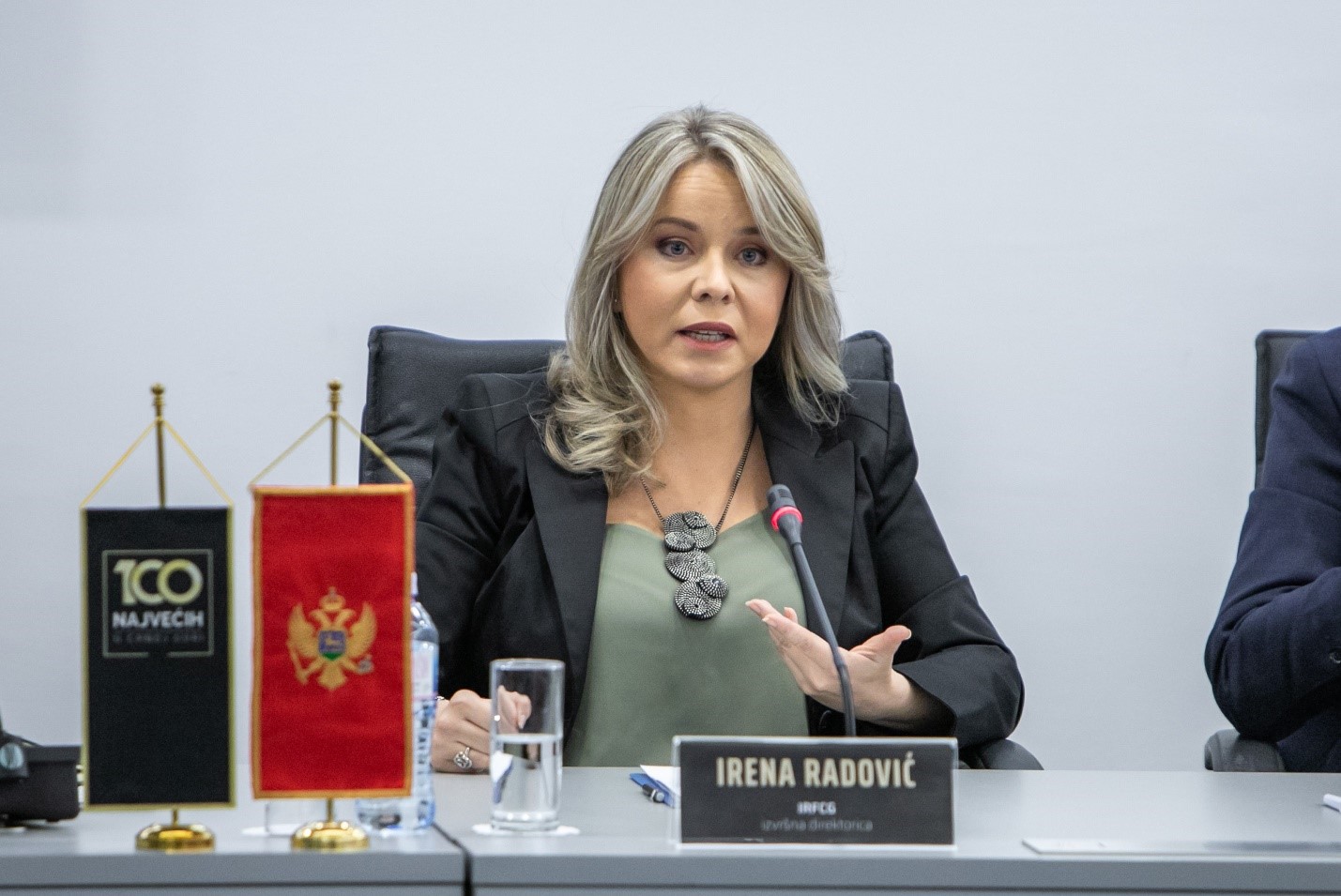 She has added that last year Russia accounted for 20% of foreign direct investments in Montenegro, which in her opinion is not easy to replace. At the same time, the level of uncertainty additionally discourages global investors from taking risks in developing economies. Consequently, the effects of the Russia-Ukraine war are multiple in that segment.

“The latest inputs of the European Central Bank are encouraging. Due to uncertainty, it plans to continue with its gradual and relaxed approach to changes in the monetary policy. Therefore, there will be no increase of reference interest rates for now,” Radović has said. She expects that the European Central Bank will start with a significant increase of the interest rates maybe even before the end of the third quarter, and this will definitely have the spillover effect on the Montenegrin market. “As an institution that operates countercyclically, and at the same time depends entirely on international sources of financing, IDF is determined to continue providing its strong support to the Montenegrin economy in coordination with the Government and international partners,” Radović has said.

She has highlighted the importance of funding infrastructure projects and stronger involvement of institutional stakeholders in withdrawing available European grants for infrastructure improvement, as well as importance of funding transition projects towards a green and digital economy. In conclusion, she has highlighted in particular the need for political accountability in strengthening institutions, improving the business environment and the rule of law.

Mr Pavle Radovanić, vice president of the Montenegrin Chamber of Economy (CEM), has said that the impact that the Russian aggression on Ukraine will have on the Montenegrin and global economy is still unknown. 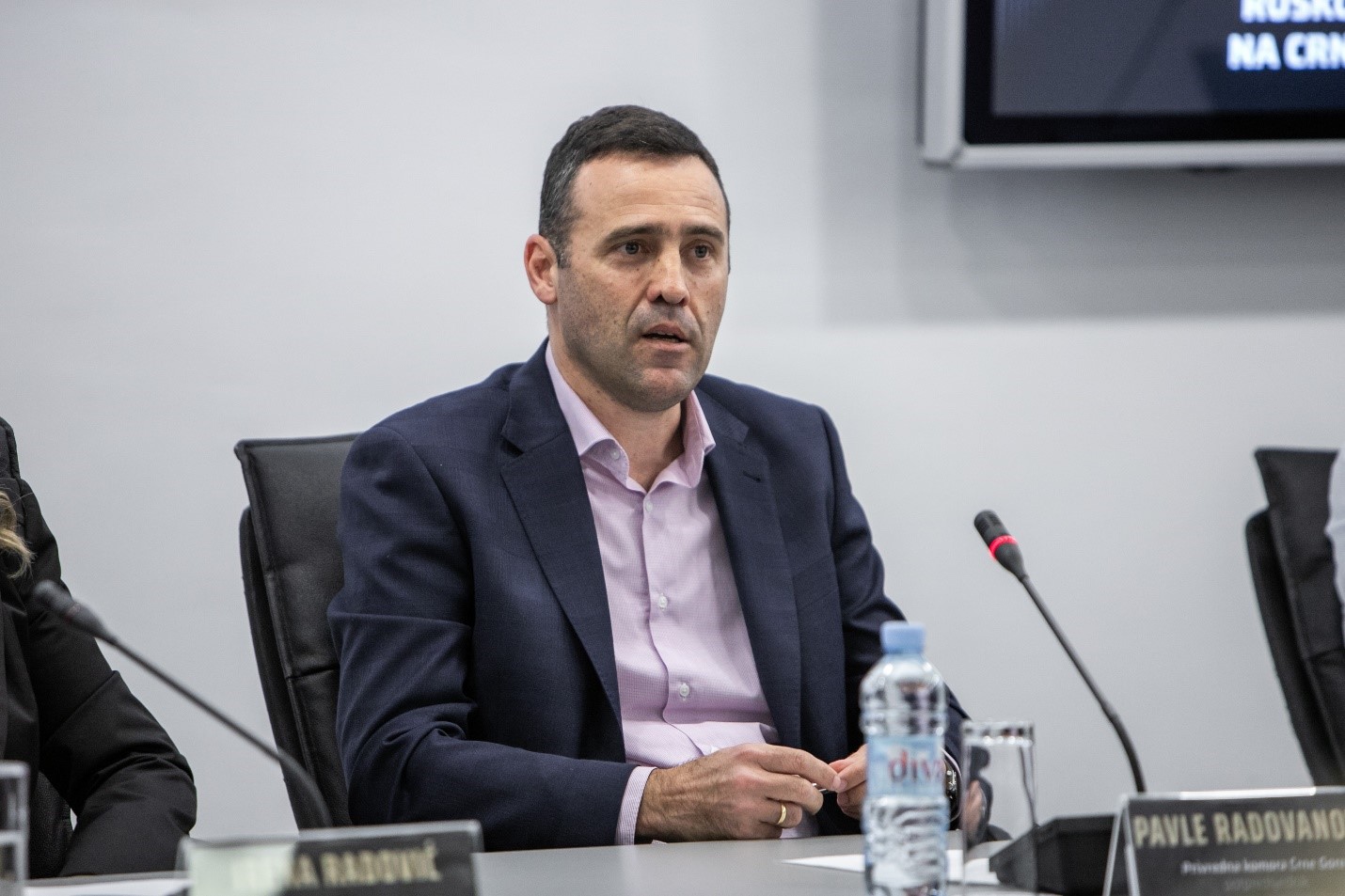 He has said that a highly import-dependent economy such as Montenegrin has to suffer major blows, but he has pointed out that small economies recover fastest.

Radovanović believes that good comparative practice from the European Union is predominantly used selectively, and most often that is not good.

“The public administration reform is transferred from one government to another, remains to exist only on paper and is constantly delayed,” said Radovanović.

Mr Žarko Radulović, co-owner of Montenegro Stars Hotel Group, has said that it is evident that there is a crisis, and every crisis represents an opportunity “and that crisis can cause losses, but it can also bring gains”.

“The tourist season will not be affected neither by the situation in Russia nor by the situation in Ukraine. Russia was already in decline. It has been in economic crisis for the last four or five years. Hotels have replaced tourists from Ukraine and Russia with those from Western Europe. We will have a good season, probably better than in 2019. The season has started in March and will end deep into the fall, in November”, Radulović has said.

Hotel Splendid, as he explains, has 15 percent more bookings for June, July, August and September in this year’s season than last year’s, and exactly as many bookings as it had in 2019. 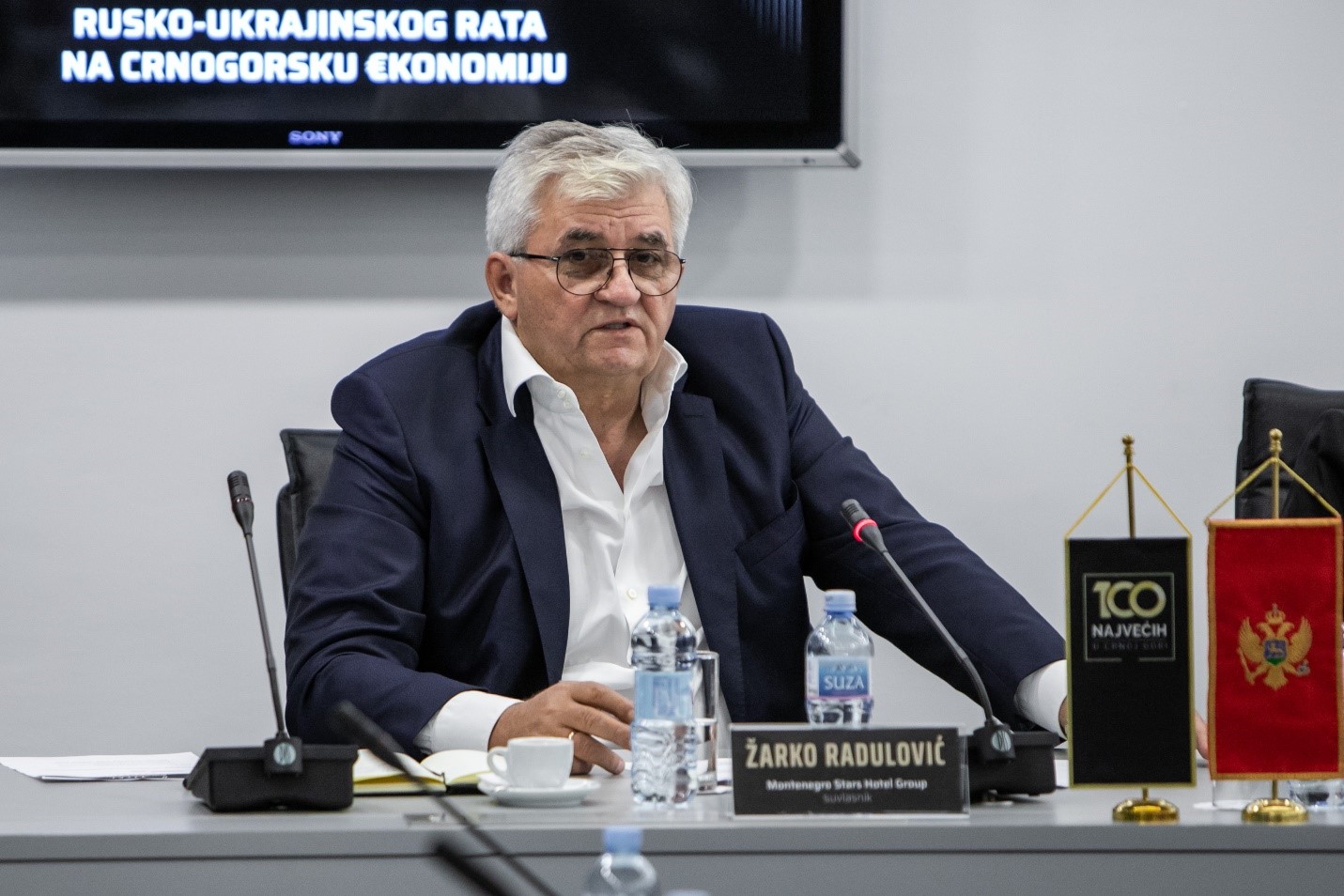 Radulović believes that good security situation in Montenegro is essential and that negative news must not be allowed to leave the country, as it can very much jeopardize the season.

He has added that Montenegro still does not have a plan in place, it does not have a separate ministry, and there has been absolutely no one in charge of tourism for the last year and a half, “which is a disgrace”.

Mr Blagota Radović, president of Zetagradnja company Board of Directors, has said that the “Europe Now!” project has triggered relentless buying of apartments in Montenegro.

“I call it a stampede, a race, a rush, but I don’t think there is a need for it. I think that the market will stabilize eventually, it must stabilize, because we no longer have room to raise final prices, as we will lose buyers. This is not business as usual in my opinion. Our sector is completely unregulated and investments can be made by those who do not meet any requirements to start a construction business. Those people have no experience, no knowledge and a huge number of housing units will remain unfinished and buyers will be deceived. My biggest concern is that we will lose the trust of our buyers,” Radović has explained. He has added that the average price of materials needed to construct a building has increased 40 percent in the last six months and “we have raised our prices by only 10 percent in that same period, which will significantly affect our profitability.”

Radović believes that the “Europe Now!” project can be sustainable if tax is properly collected from all participants in the economic life. 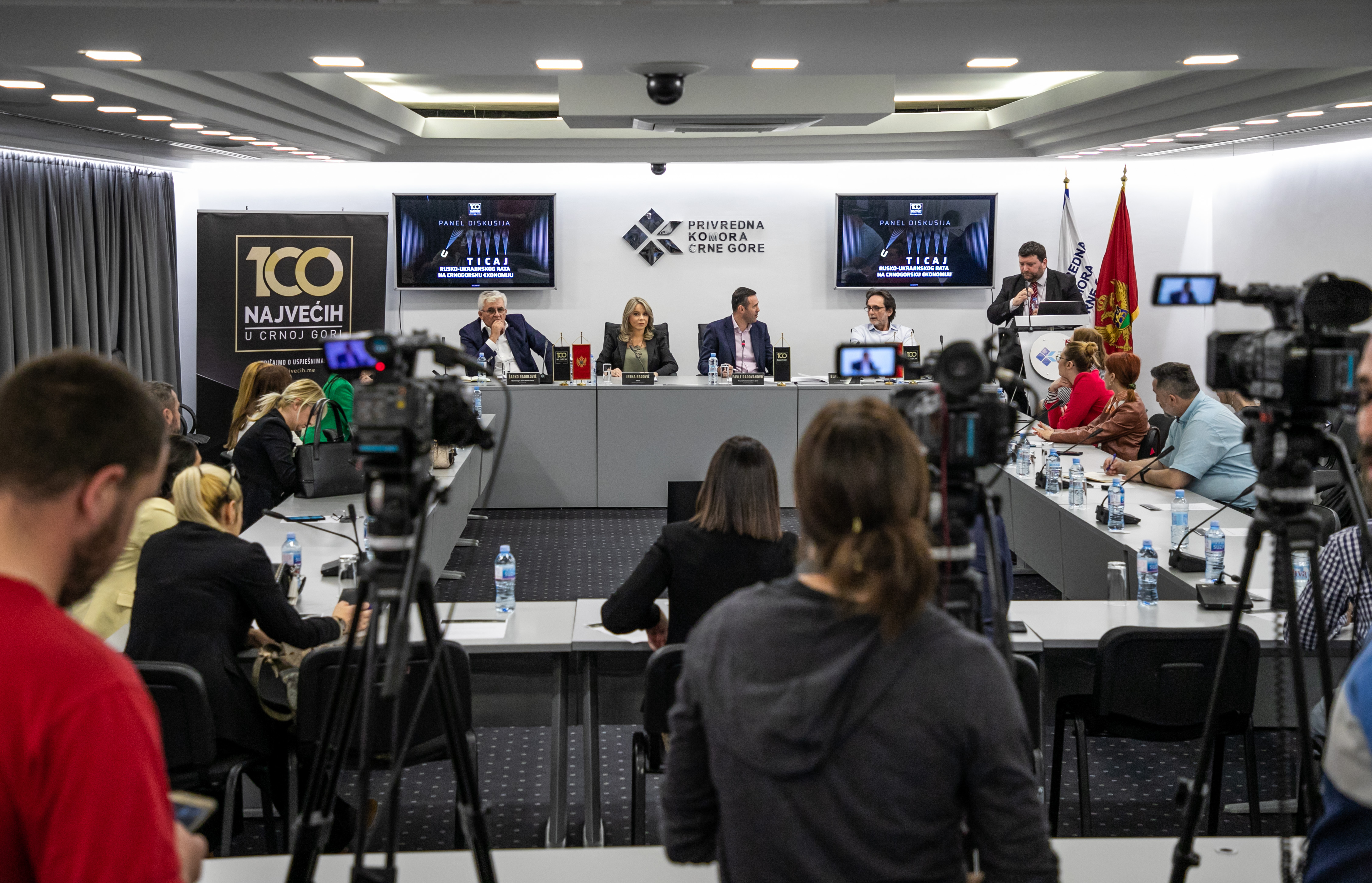 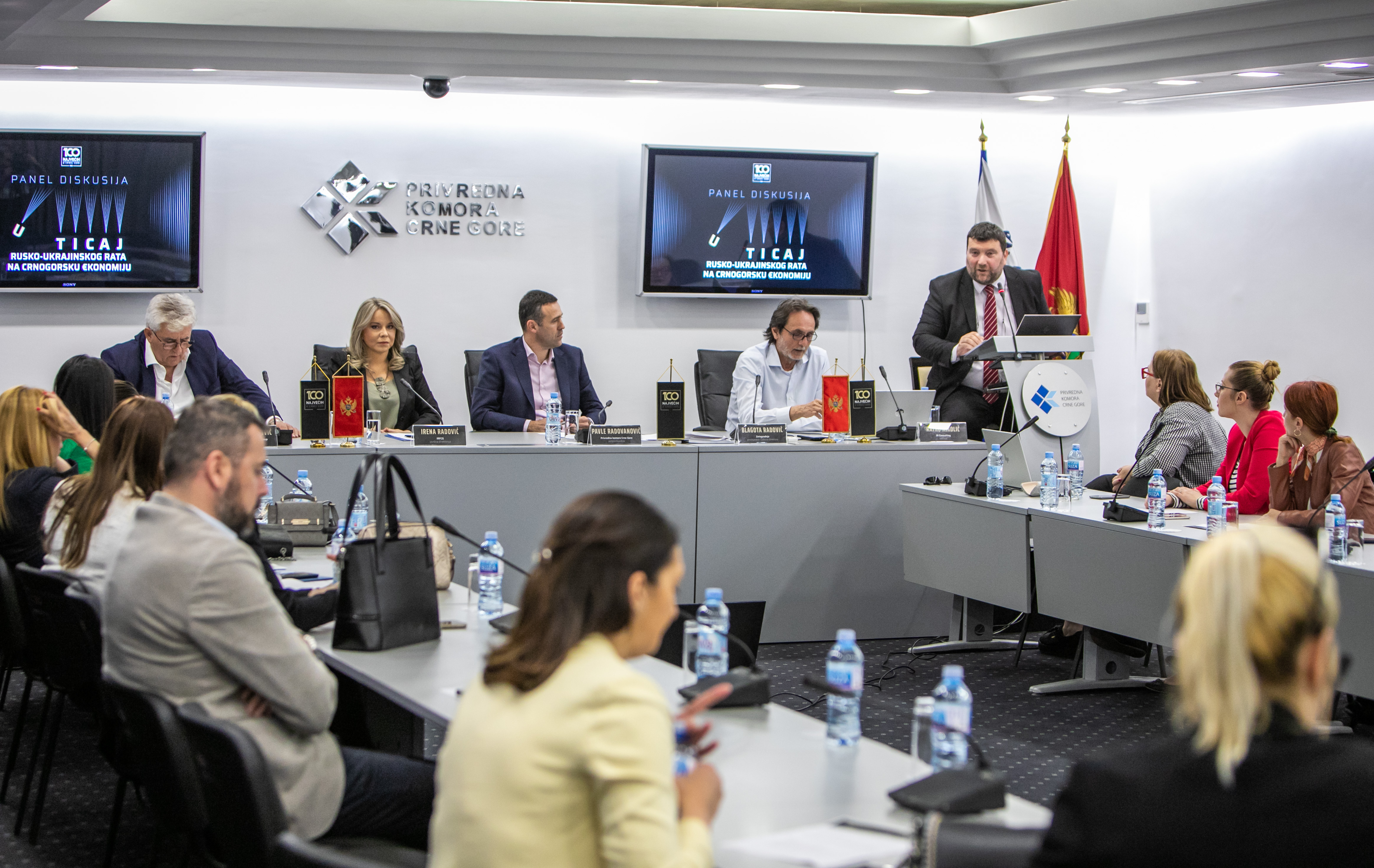 You can watch the whole panel recording here.