Last year's business results of companies significantly better than in 2020, but still at 95.4% of 2019 revenues - 100 najvećih u Crnoj Gori

Last year’s business results of companies significantly better than in 2020, but still at 95.4% of 2019 revenues 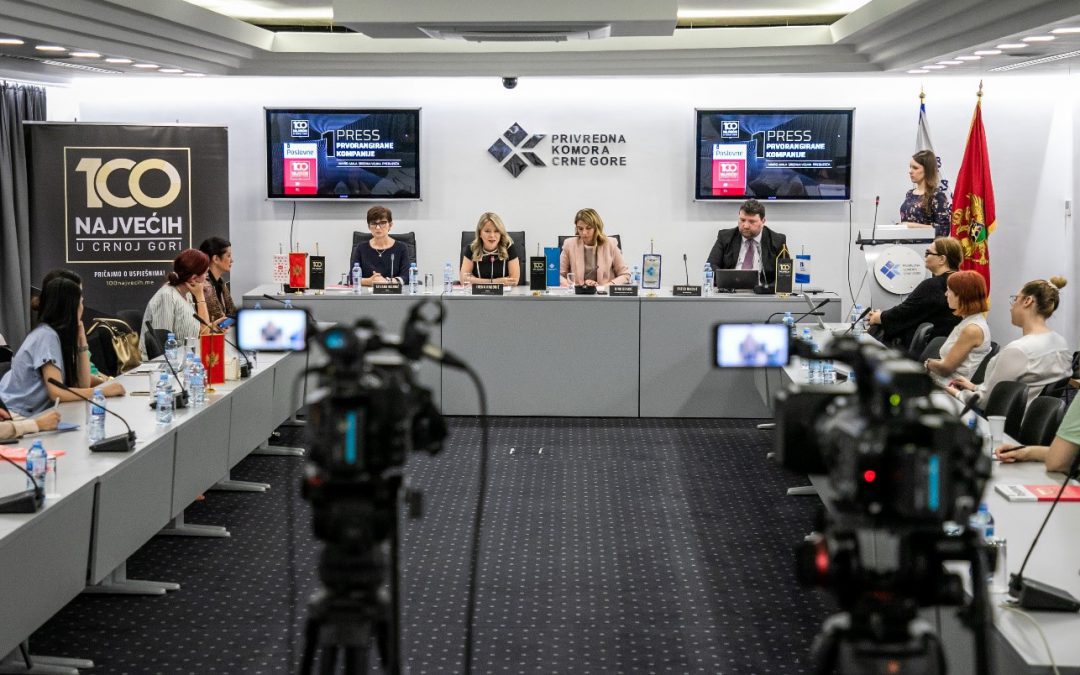 Last year’s business results of companies significantly better than in 2020, but still at 95.4% of 2019 revenues

Last year’s financial statements have confirmed expectations that companies’ business results would be significantly better than those from the previous year, but the record 2019 revenues remained unattainable, as total company revenues in 2021 remained at 95.4 percent of the revenues generated in 2019.

The results have been presented at a press conference to mark the occasion of announcing the results of top ranked companies in 25 categories and the first presentation of the Business Newspapers – Top 100 in Montenegro in 2022.

Mr Ratko Nikolić, the founder of BI Consulting, business information provider and co-organizer of the project, has pointed out that the growth is still predominantly generated by the effects of the tourist season, both directly through revenue increase in the accommodation and food services sector, which more than doubled (121 percent), and indirectly, through the growth of other sectors, whose sale relies on seasonal increased consumption, which is also generated by tourists.

“Companies that meet the requirements of our project increased their total revenues by about 13.8 percent compared to 2020. Also, revenue growth was achieved in all business sectors, except in construction. It is evident that large and medium-sized companies grew more, while Top 100 micro companies recorded decline in total revenues compared to 2020,” Nikolić has said.

He has pointed out that significant capital reduction is visible among micro and small companies. This indicates that internal reserves were used significantly as one of the means to “survive” the 2020 crisis.

“Demonstrated vulnerability of micro and small enterprises, which account for up 99 percent of the Montenegrin economy, is a clear signal that special attention should be paid to this sector, as well as that it should get support in the coming period, so that the expected recovery really happens,” Nikolić has said.

He has explained that, if analysed by sectors, better results than in 2019 were achieved in trade, real estate management, audit and accounting, food and beverage production, other production, IT sector, pharmaceutical and medical services.

“On the other hand, the business activities that did not reach the 2019 revenues include: hotels, construction, telecommunications and trade in crude oil and petroleum products,” Nikolić has said. 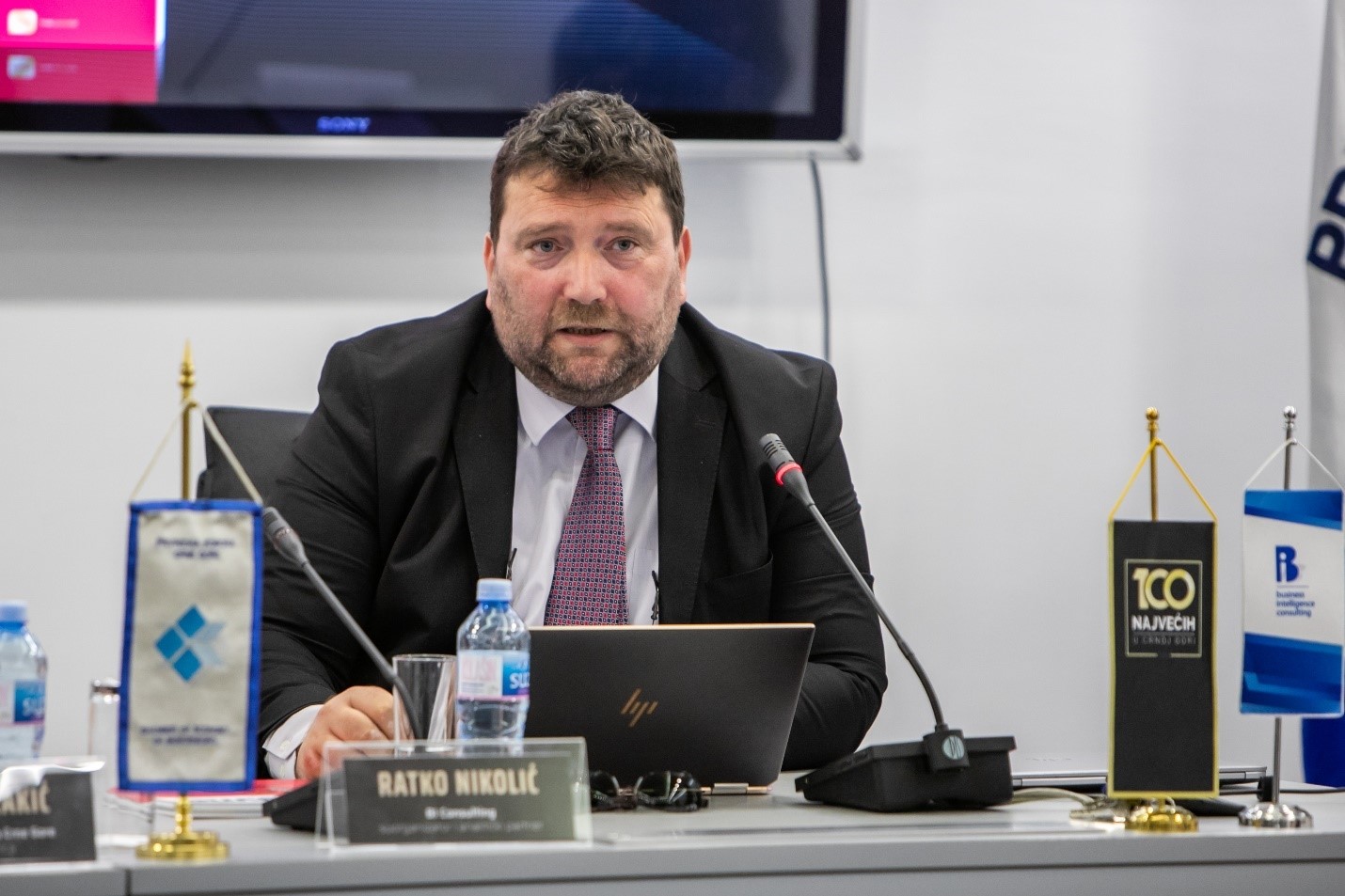 As he has announced, ASP MONTENEGRO from Podgorica has won the award in the category of micro-enterprises for number of employees, UNITRUC-EXPORT from Pljevlja for generated revenues, and ROTO-TERM also from Pljevlja for net profit.

According to Nikolić, company VOLI TRADE is a top ranked company in the Trade sector, just like the last year, while company HOTELS GROUP MONTENEGRO STARS Budva is ranked first among hotels, and DELTA M CG Podgorica in the Real Estate Management sector.
“PRICEWATERHOUSECOOPERS is a top ranked company in the Audit and Accounting sector, BEMAX in Construction, MESO-PROMET from Bijelo Polje in Food and Beverages sector, RUDNIK UGLJA in Other Production and Processing sector, MTEL in Telecommunications, JUGOPETROL in trade in Crude Oil and Petroleum Products, GLOSSARIJ in the Pharmacy sector, and CODRA in the medical services sector”, Nikolić has said.

GLOSARIJ is the fastest growing company.

Ms Irena Radović, the executive director of the Investment and Development Fund (IRF), has said that the IRF will continue to provide strong support to micro, small and medium/sized enterprises, infrastructure projects, as well as to more balanced and sustainable development of the Montenegrin economy.

“In the coming period, we will particularly focus on the green and digital transformation of the Montenegrin economy,” Radović has said.

She has pointed out that there are encouraging signs of recovery, but that challenges remain, especially as regards the pandemic, security, and “shifts in financial markets that bring an additional dimension and affect the elements of further recovery.” 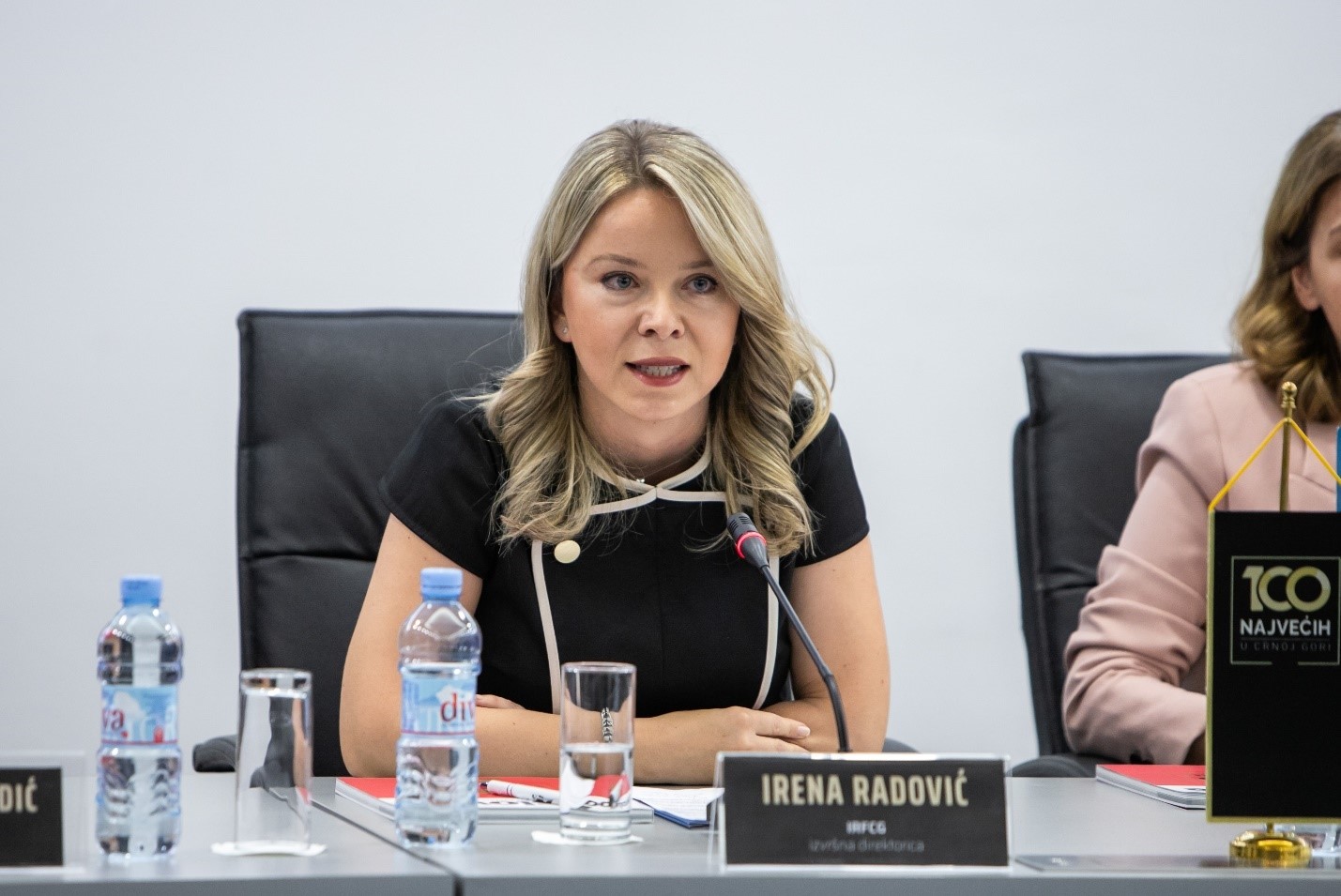 “I believe that together we should make sure that the entire economic potential of Montenegrin society is fully used. This initiative and project, which encourages Montenegrin companies to earn a place among the most successful ones, are actually a good concept and framework to promote the values of good and quality attitude towards environmental protection and socially responsible behaviour and strengthen the inclusion of all vulnerable categories. Strong synergistic action and support from all of us are a prerequisite for a major progress”, Radović has concluded.

Ms Nina Drakić, the president of the Chamber of Economy of Montenegro, has said that the fact that the project identified 25 categories in which to measure the results of Montenegrin companies and business people, speaks for itself. 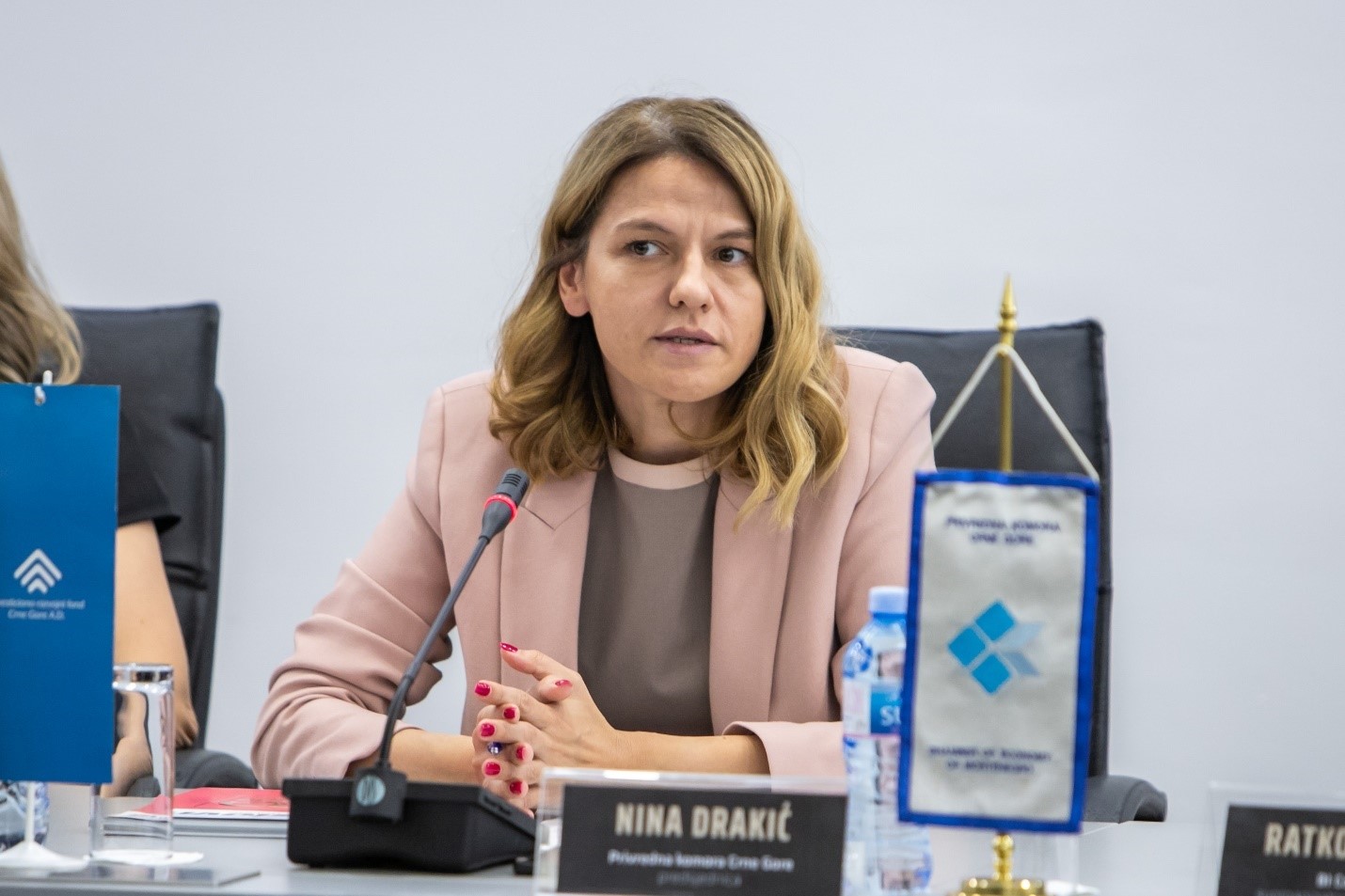 “When we add to that the Business Newspaper, which is being presented to the business community today, then we can truly be pleased, because we have new content and new quality attached to the economy and businesses that is strongly supported by the Chamber of Economy. All of this becomes even more relevant knowing that one of the Chamber’s duties is to promote the economy and to additionally endorse those who stand out with their development vision and results,” Drakić has said.

Ms Tatjana Mandić, the executive director of MTEL, has pointed out that the success of that company is a result of a well-established and well-managed strategy, as well as dedicated and professional attitude of more than 500 employees, whose joint mission is to have a satisfied customer.

Mandić has recalled that MTEL is the exclusive partner of the project this year and proudly pointed out that the company has won the prestigious award as a top-ranked company for generated revenues in the Telecommunications sector for the second year in a row. “MTEL is the Montenegrin telecommunications operator that recorded the largest growth in the number of users of both mobile telephony and cable television in 2021. The MTEL’s success is evidenced by the fact that MTEL generated highest revenues, that it was the largest company by fixed assets and that it had the biggest capital in 2021 of all telecommunications operators in Montenegro. It is a huge success to be one of the top companies. It is the result of our continuous work, commitment and innovation, and that is why I sincerely congratulate to all the winners of this award”, Mandić has said. 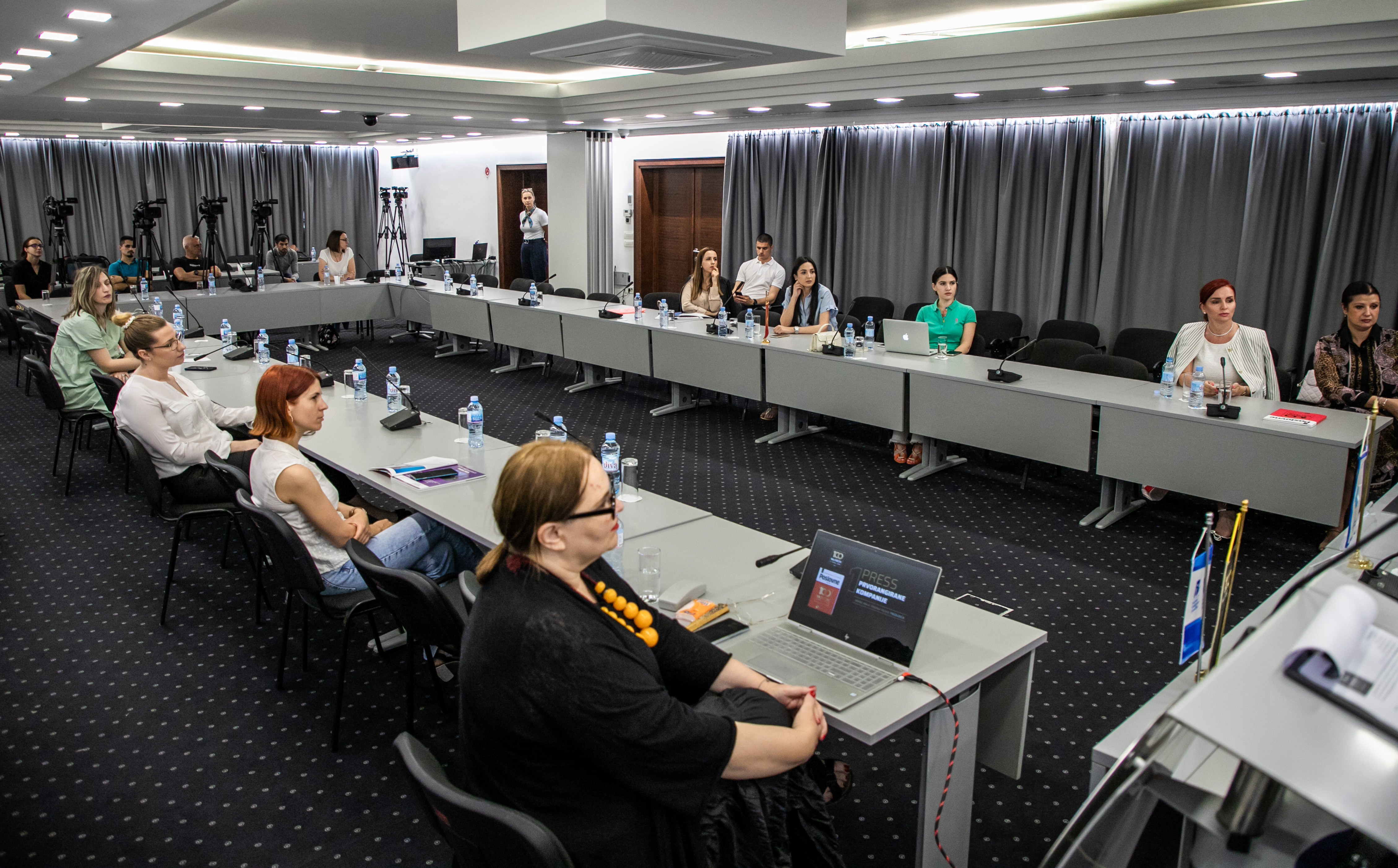 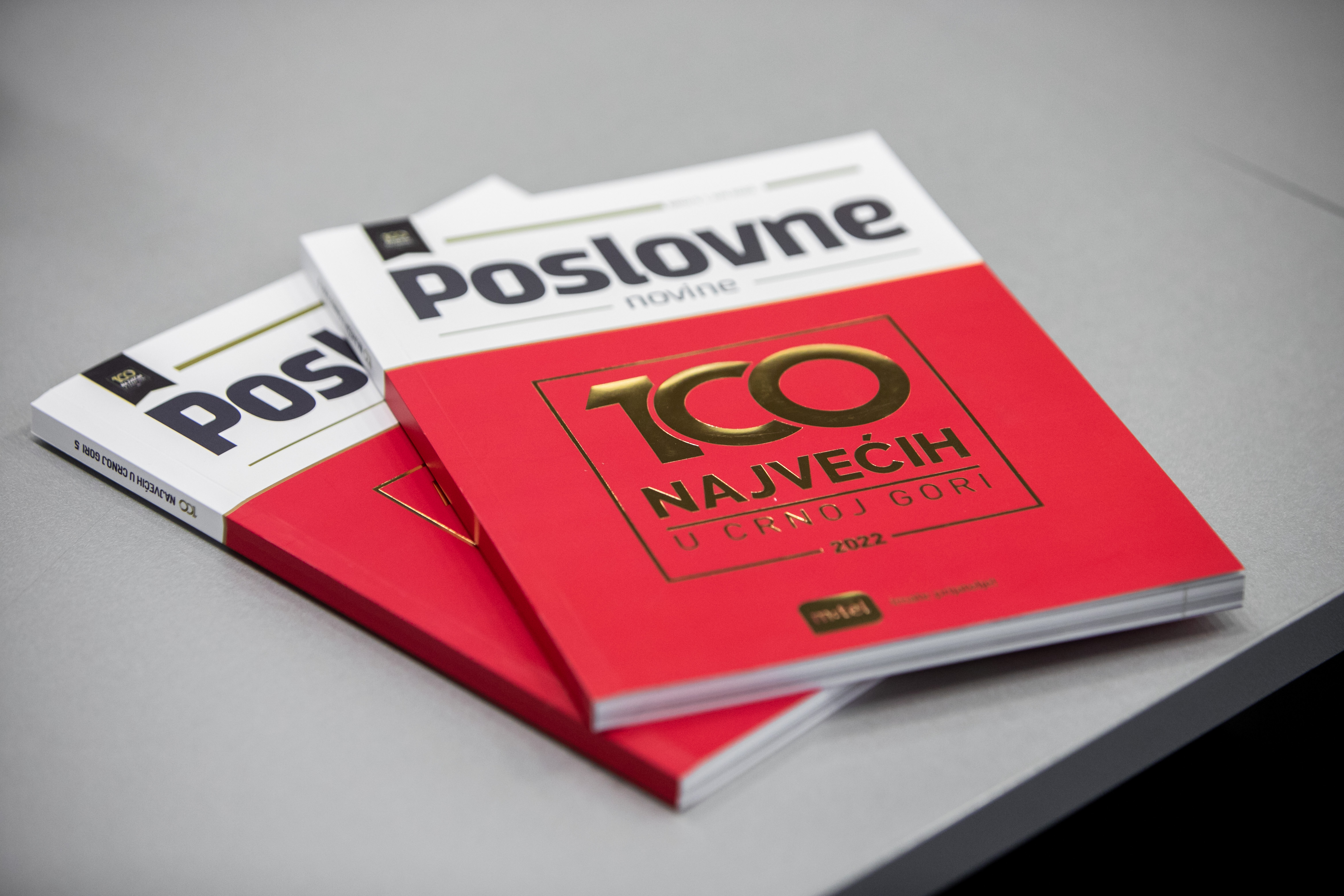