Only the exceptional ones know how to live for striving forward 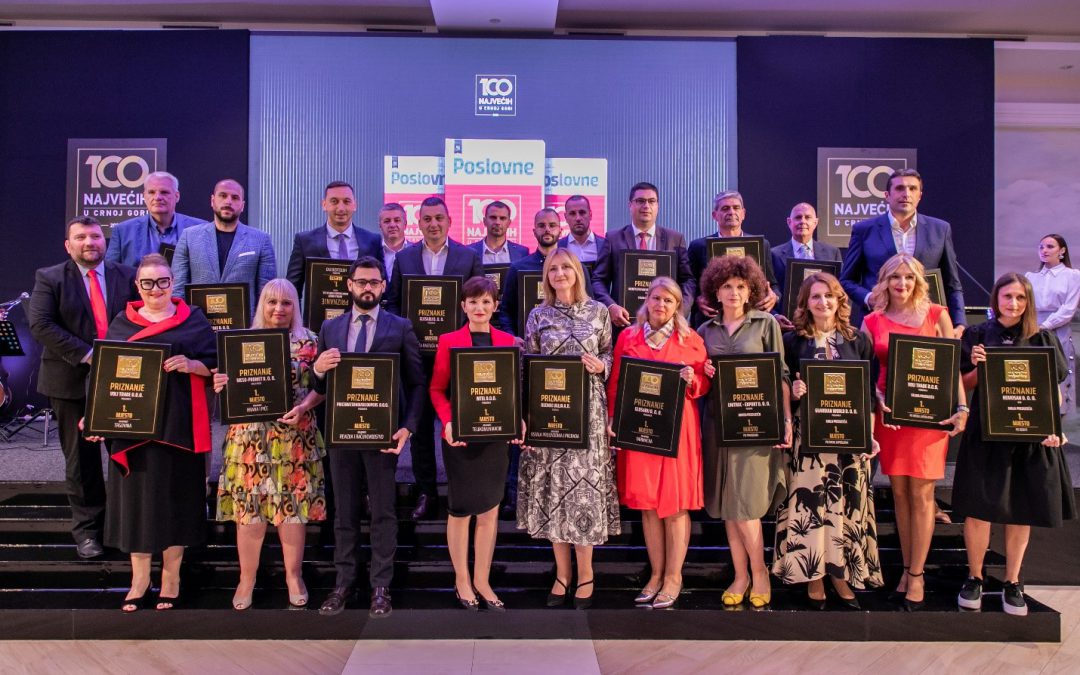 Sound economic growth is possible only on the basis of mutual respect, and those who are exceptional always move forward thanks to their dedication to work and accomplished results. This is the message from the award ceremony organized within the Top 100 in Montenegro 2022 project, which summarized the results of ranking the most successful Montenegrin companies in 25 categories.

Mrs Ljiljana Burzan Nikolić, the director of the Top 100 in Montenegro project, has said that sound economic growth is possible only based on the relationship of mutual internal and external respect, and that the project has survived even in times when that was not easy, because continuity matters. 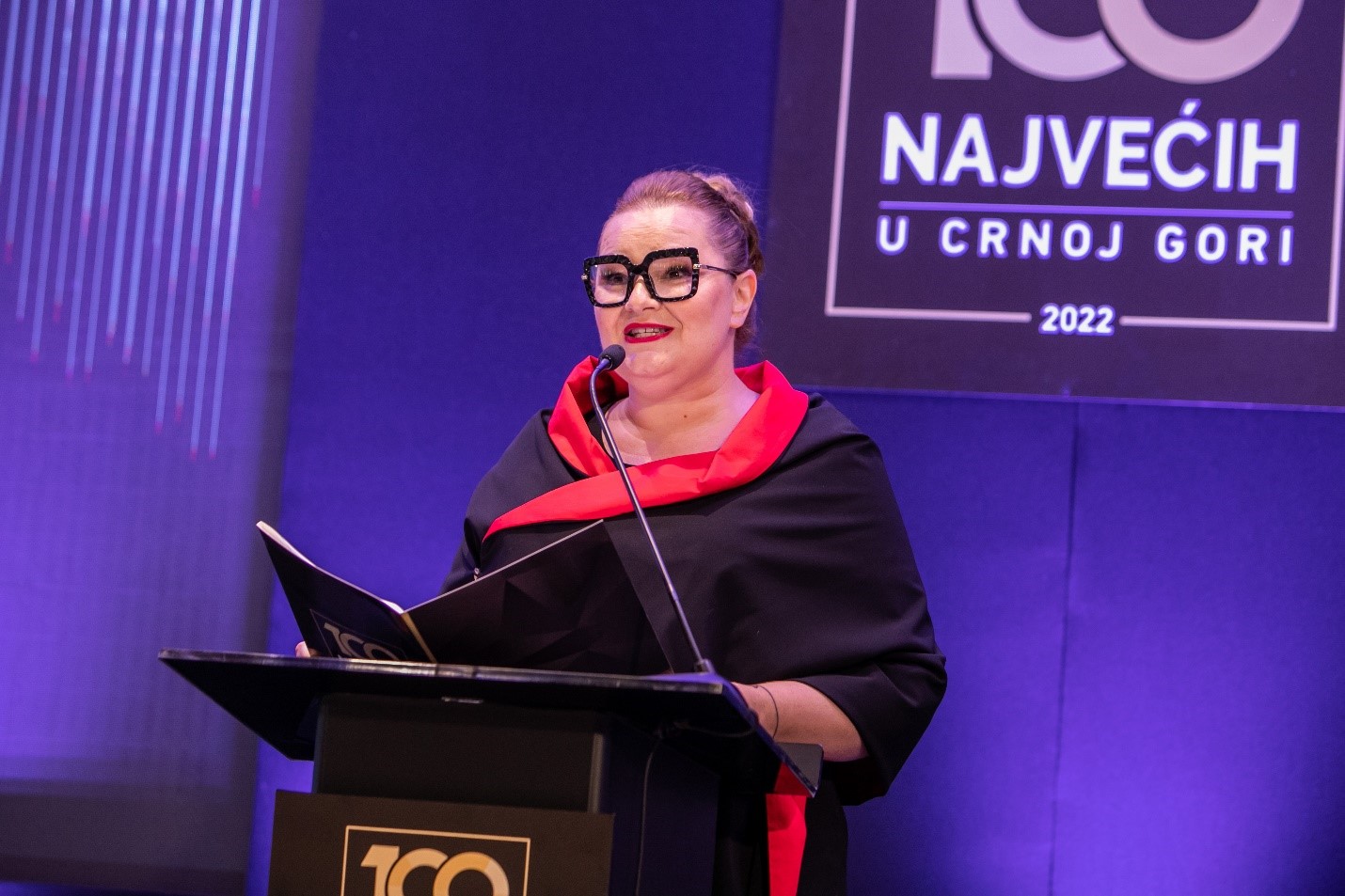 “Equally important is the support of those who have been with us these five years, who believed that what we do, and above all, the way we do it, deserves to exist and be supported. We are living the first year of partial recovery from the crisis caused by the pandemic. We are treating our wounds and making small and big plans. Despite the numerous challenges we face, as well as those emerging due to the new crisis that directly affects us, we are moving forward. To live for striving forward is an entire concept,” Burzan Nikolić has said.

And only the exceptional ones are able to live for striving forward, she has added.

In his video message, Mr Goran Đurović, the minister of economic development and tourism, has greeted all businesspeople, wished them a lot of success in their future work and said that he is sure that the fact they are members of the Top 100 team will be a motive for them to be even better and more successful in the coming period and thus contribute to the development of the Montenegrin economy. 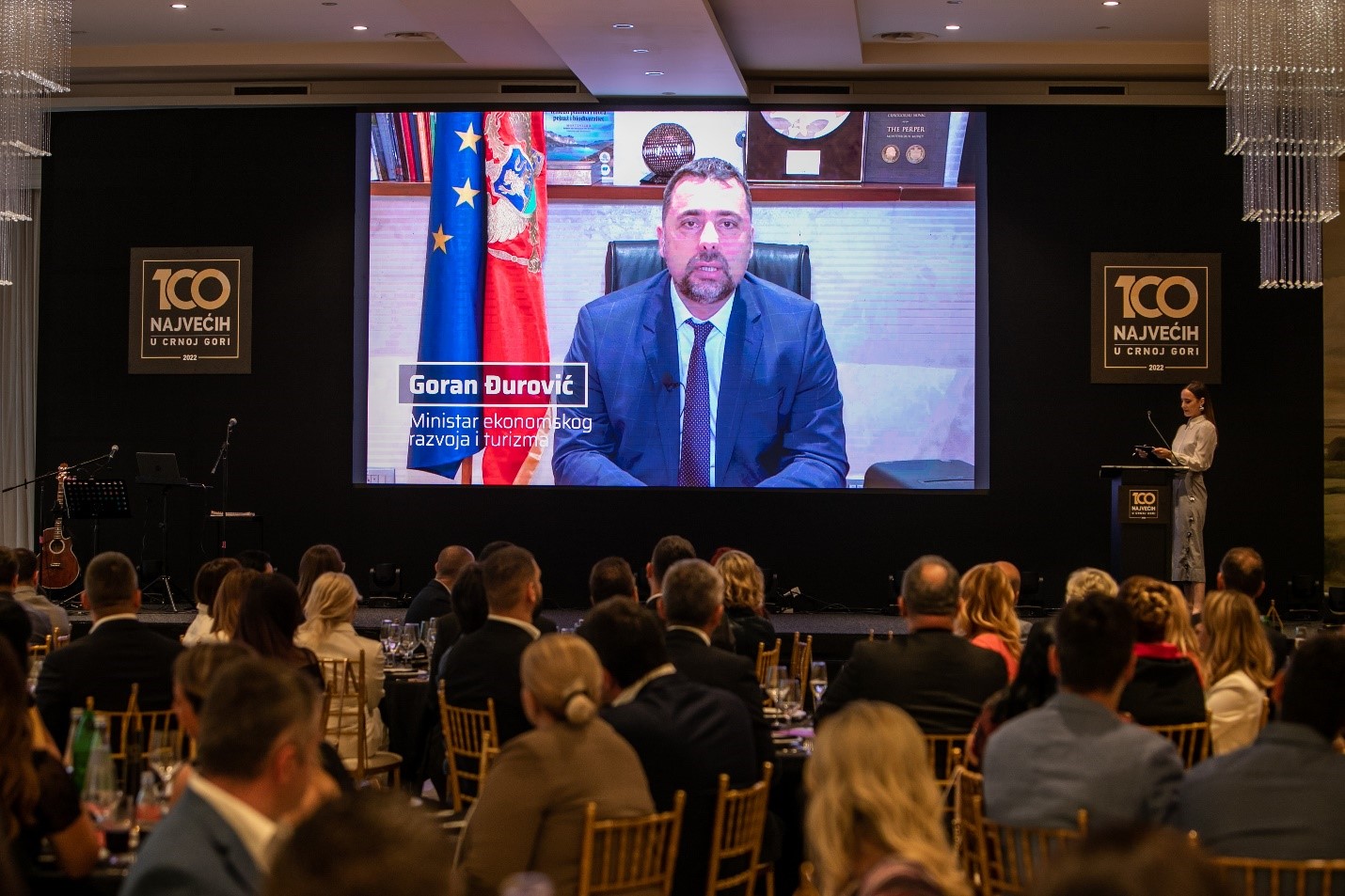 Ms Tatjana Mandić, the executive director of Mtel, has said, on behalf of this exclusive partner of the project, that the company has won the award for the second year in a row as a top ranked one for revenues in the field of telecommunications and that it is an honour to be in the company of the best.

“Hard work and perseverance are underlying factors behind our success, just like behind any other success. It is important to bring together a good team, that all of you believe in success and that you are eager to achieve defined goals. Our success lies in a well-established, well-managed strategy, as well as in the team-based, dedicated and professional work of more than 500 employees. I am very grateful to all of them for that,” Mandić has said.

She has pointed out that Mtel finished last year with the highest number of both mobile telephony and cable television users. 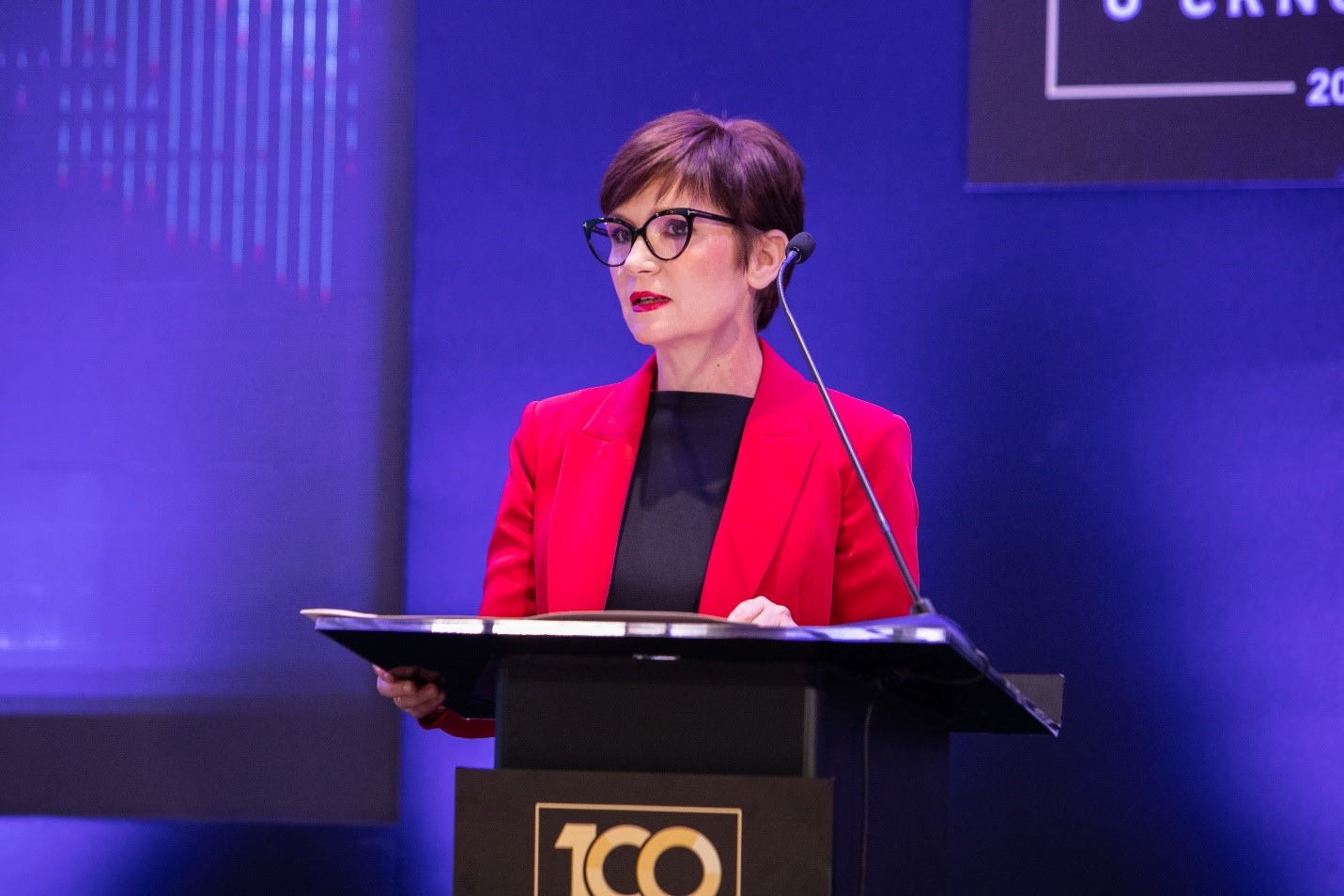 “With its attitude towards the community, the Mtel company has demonstrated from the very beginning why citizens identify us by the slogan You have friends and why socially responsible business is one of our strategic commitments,” Mandić has said.

She has added that the company fully supports Montenegro on its path to digital transformation.

ASP MONTENEGRO from Podgorica has won the award in the category of micro-enterprises for number of employees, UNITRUC-EXPORT from Pljevlja for generated revenues, and ROTO-TERM also from Pljevlja for net profit.

Company VOLI TRADE is a top ranked company in the Trade sector, just like the last year, while company HOTELS GROUP MONTENEGRO STARS Budva is ranked first among hotels, and DELTA M CG Podgorica in the Real Estate Management sector.

PRICEWATERHOUSECOOPERS from Podgorica is a top ranked company in the Audit and Accounting sector, BEMAX in Construction, MESO-PROMET from Bijelo Polje in Food and Beverages sector, RUDNIK UGLJA in Other Production and Processing sector, MTEL in Telecommunications, JUGOPETROL in trade in Crude Oil and Petroleum Products, GLOSSARIJ in the Pharmacy sector, and CODRA in the medical services sector.
GLOSARIJ has won the award for the fastest growing company.

The awards have been presented by Ms Nina Drakić, president of the Chamber of Economy of Montenegro Nina Drakić, Mr Velizar Kaluđerović, president of the Board of Directors of the Investment and Development Fund, Ms Tatjana Mandić, executive director of Mtel, Mr Milivoje Popović, secretary of Uniqa Insurance, and by Mr Ratko Nikolić, founder of BI Consulting. 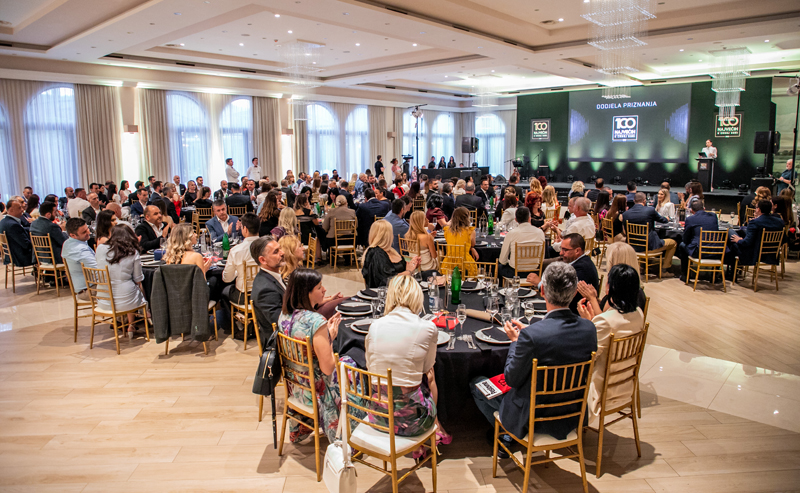 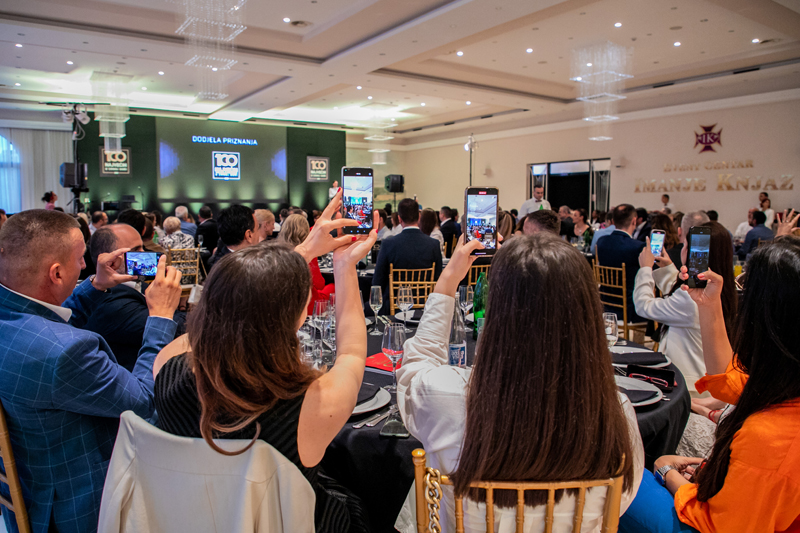 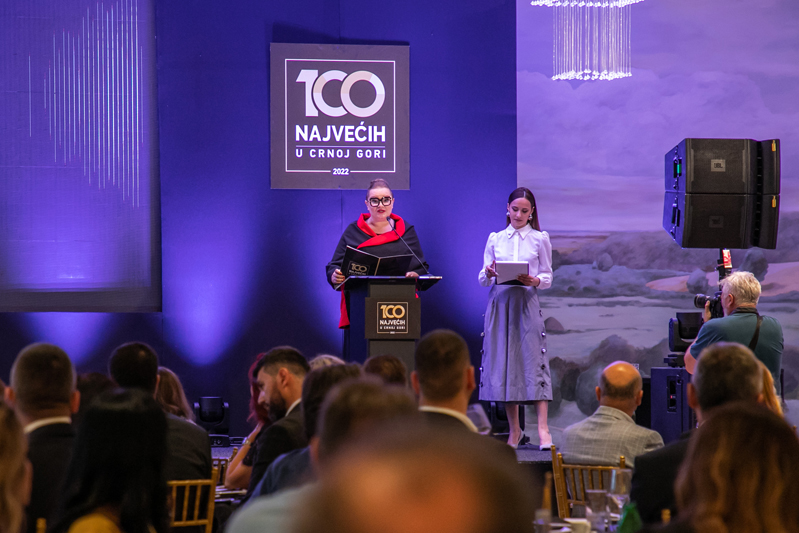 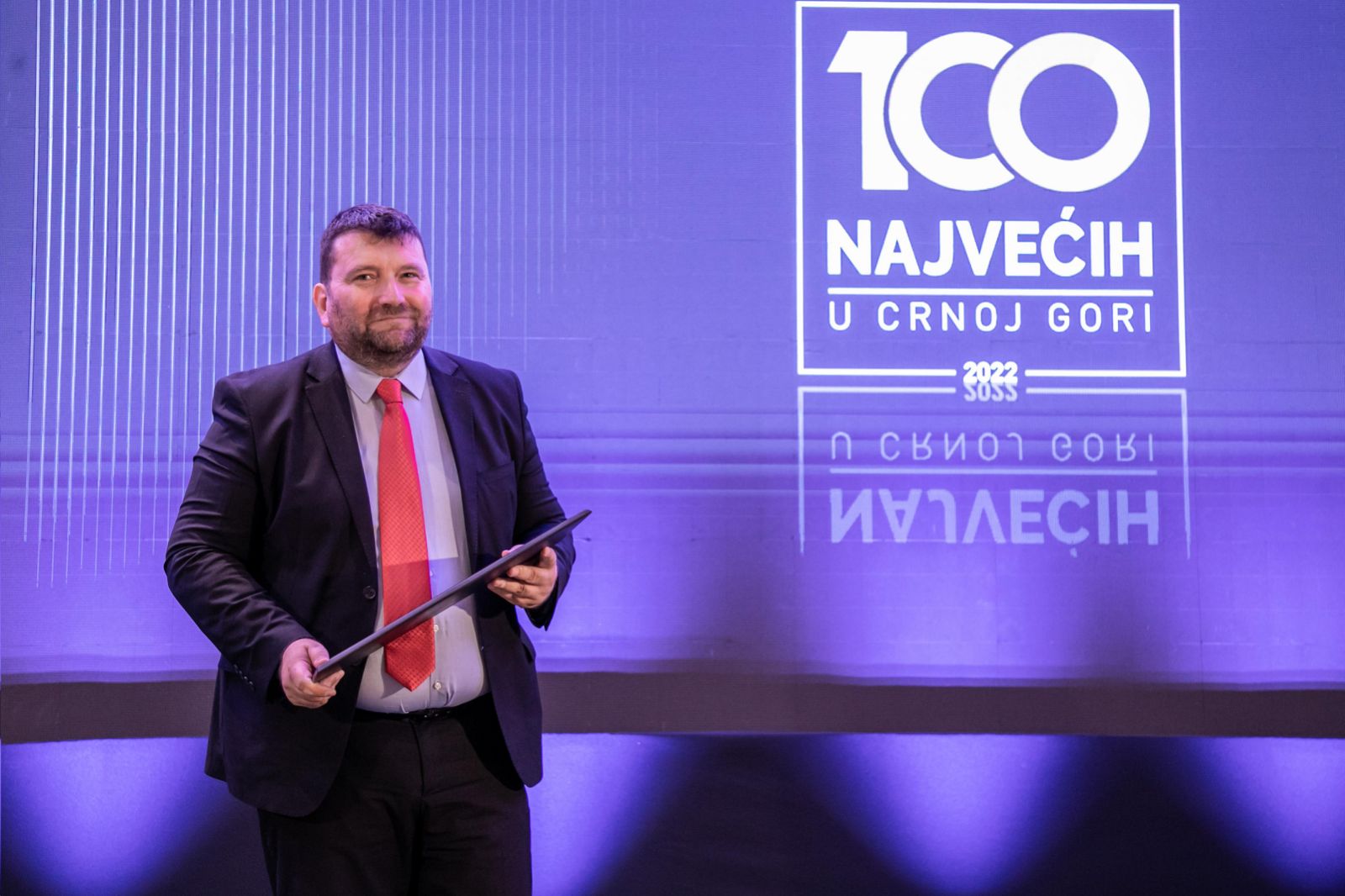 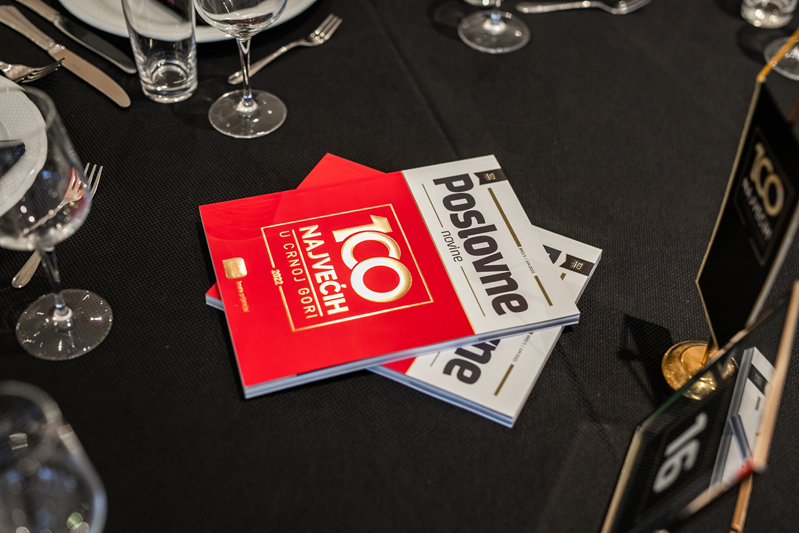