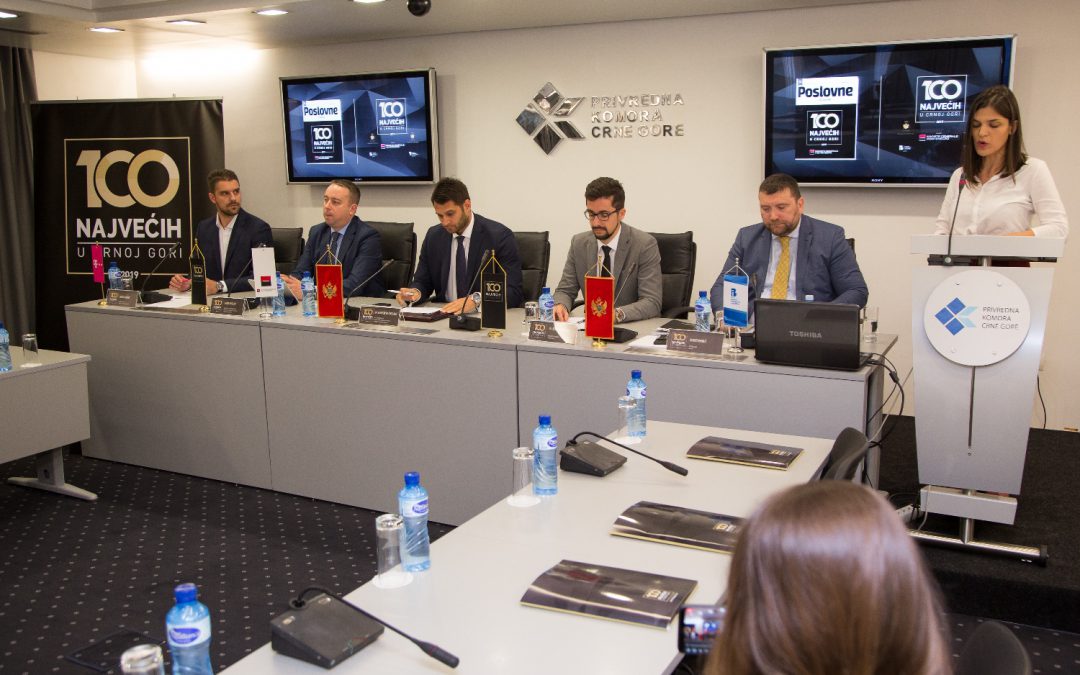 Last year was significantly more successful than the previous one for most Montenegrin companies, and the result after taxation amounted to EUR 272.7 million and was 82% higher than in 2017.

This was stated at the final press conference of the project “Top 100 in Montenegro”, on the occasion of announcement of the top ranked companies out of top 100 in 25 categories and the promotion of a special publication the Business newspaper – Top 100 in Montenegro.

The project, for improvement and promotion of the Montenegrin economy, was launched by BI Consulting in partnership with the Ministry of Finance and the Ministry of Economy, supported by the Chamber of Economy of Montenegro and with the general sponsorship of the Societe Generale Bank Montenegro.

Mr. Ratko Nikolić, founder of BI Consulting, which is a provider of business information, said that based on almost all indicators last year was significantly more successful for most business entities than the previous one and, as he added, this was additionally supported by the data on the level of the entire economy.

“Revenues were 4.6% higher and amounted to 8.89 billion euros. The achieved result after taxation amounted to 272.7 million euros and was higher by 82%. The number of employees in enterprises increased by 8.8%, or by almost ten thousand employees and according to the submitted correct data, there were 122,128 employees on average,” Nikolić said.

He added that the number of companies that made profit was higher by 6.2%.

He pointed out that the number of submitted correct financial reports for the business year 2018 was 10.5% higher than the previous year.

“This is predominantly a consequence of improved business activity and of an increase in the number of companies, but also of the enhanced financial reporting culture, which is exactly one of the key goals of our project,” Nikolić pointed out. 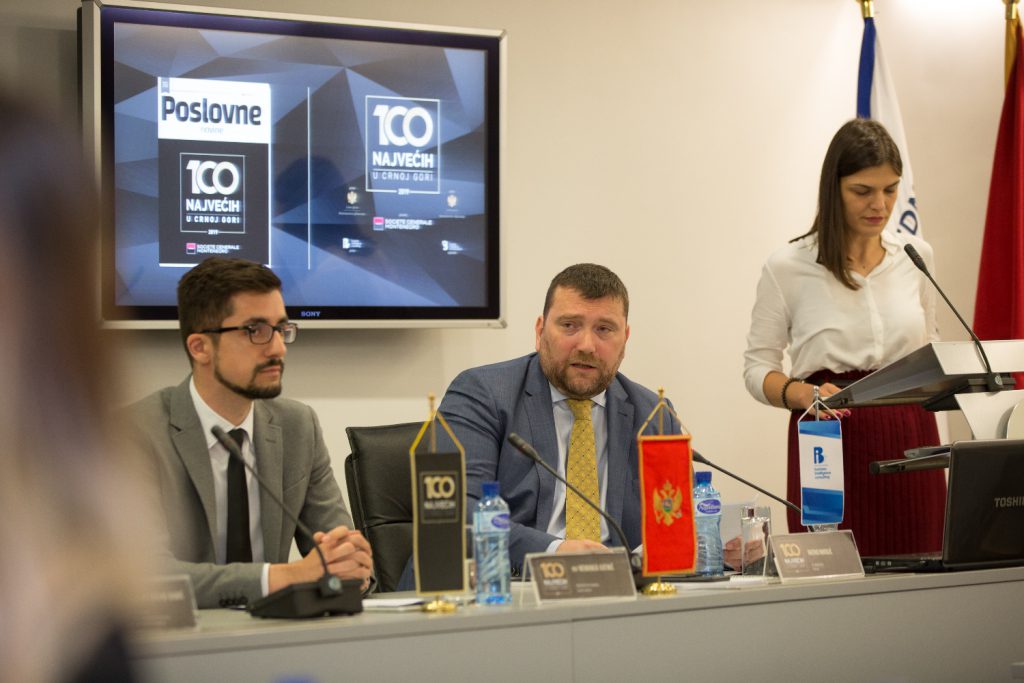 He said that, according to the results in the category of micro enterprises, FLY MONTENEGRO TRAVEL was the leader based on revenues, GUFO based on profit and HALO TAKSI based on the number of employees.

He added that CRNOGORSKI TELEKOM was the leader in the telecommunications sector, VOLI TRADE in the trade sector, BUDVANSKA RIVIJERA in hotel management, DELTA M CG in real estate management, FINANCE PLUS in auditing and accounting, BEMAX in the construction sector, and MESO-PROMET in the sector of food and beverages.

“Coal mine RUDNIK UGLJA is the leader in the sector of other production and processing, COMTRADE DISTRIBUTION in the IT sector, JUGOPETROL in the oil and derivatives sector, GLOSARIJ in pharmacy, INSTITUT DR SIMO MILOSEVIC in medical services, and VOLI TRADE won the award for the largest growing company,” Nikolić said. 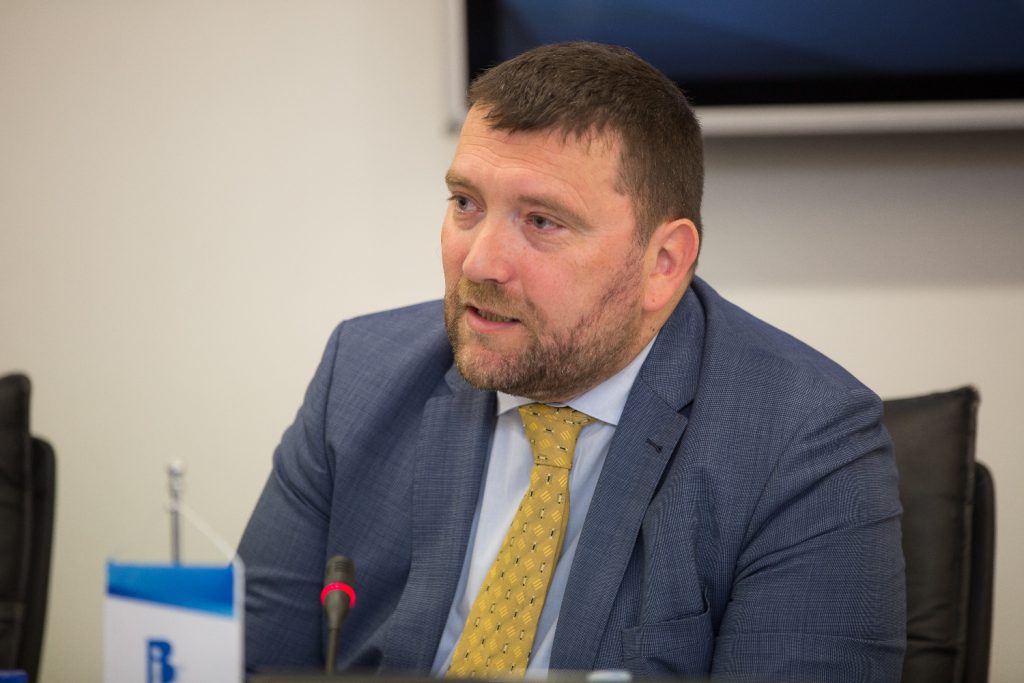 Mr. Nemanja Katnić, state secretary at the Ministry of Finance, pointed out that the project already achieved its first set goals, that the significant results of all efforts and investments were obvious, that the gross domestic product and domestic economy recorded growth, that business environment had improved and the number of small and medium-sized enterprises increased.

“With various programmes aimed at improving the economy, through promotions and reforms, improvement of the business environment, provision of support through budget allocations, favourable credit arrangements and grants from the European pre-accession funds, we are creating preconditions for better business operation of already existing, but also for opening of new small and medium-sized enterprises, which constitute the backbone of the country’s economy,” Katnić explained.

He emphasized that the increase in the number of companies that earned more than a million euros from year to year was also a signal that the measures that were being undertaken gave results and thus put Montenegro in the ranks of countries in which successful business operation was a practice.

“The positive results are certainly encouraging, but they also oblige us to continue improving the business environment, so that we have the honour and the pleasure to present the most successful stories through the Project Top 100 every year. The obligation of the Ministry of Finance will be to continue to work in cooperation with all partners in order to strengthen the positive business climate,” Katnić said. 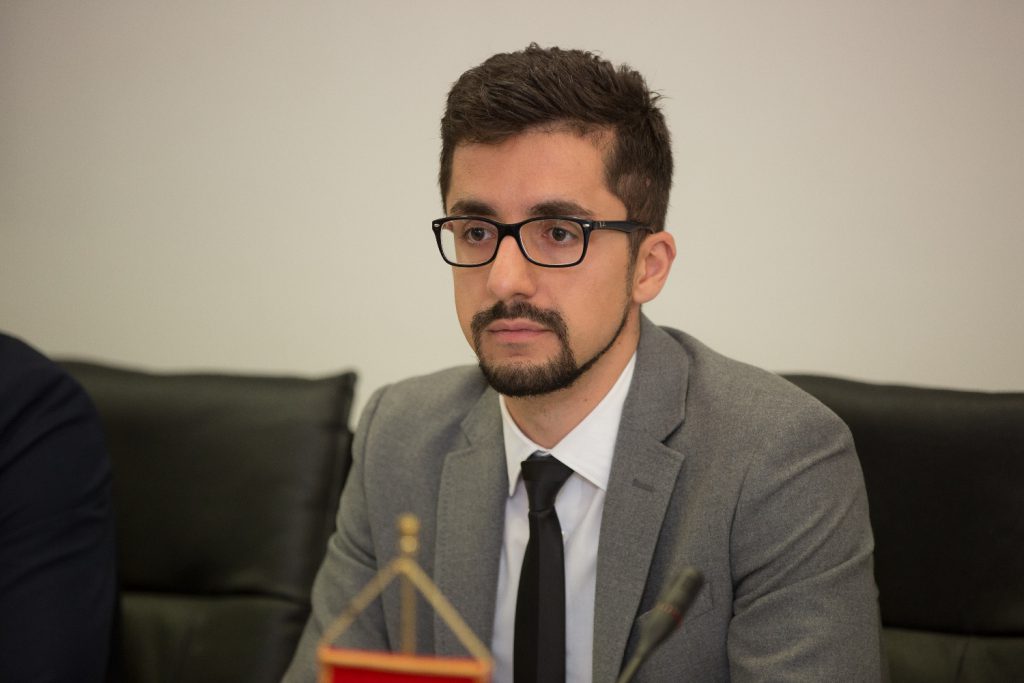 Mr. Radosav Babić, director general of the Directorate for Investments, Development of Small and Medium-sized Enterprises and Management of EU Funds at the Ministry of Economy, said that the aim of supporting business people was to increase productivity, reduce unemployment and intensify investment activities, which would all together boost economic growth and regional development of Montenegro.

Babić said that the support to small and medium-sized enterprises was one of top priorities of the Ministry of Economy, and that they were trying to additional motivate entrepreneurs through the preparation of the strategic framework, in coordination with other institutions, and by providing financial and non-financial support for enterprises.

“In order to ensure the continuity of initiated reforms aimed at supporting the development of entrepreneurship, we adopted the Programme for improving the competitiveness of the economy this year, which provides financial and non-financial support through ten programme lines, with allocation of subsidies in the total amount of EUR 1.640 million,” Babić said.

He added that the increase in the number of small and medium-sized enterprises by almost 10% in 2018 compared to the previous year created an additional duty to continue investing in that sector.

“Such results encourage us to be even more efficient, to continue creating the preconditions for the Montenegrin economy to be even more competitive. I believe that this year’s winners of the “Top 100″ awards will be the best promoters of successful business practice and serve as an inspiration for the entire economy for further development,” Babić concluded. 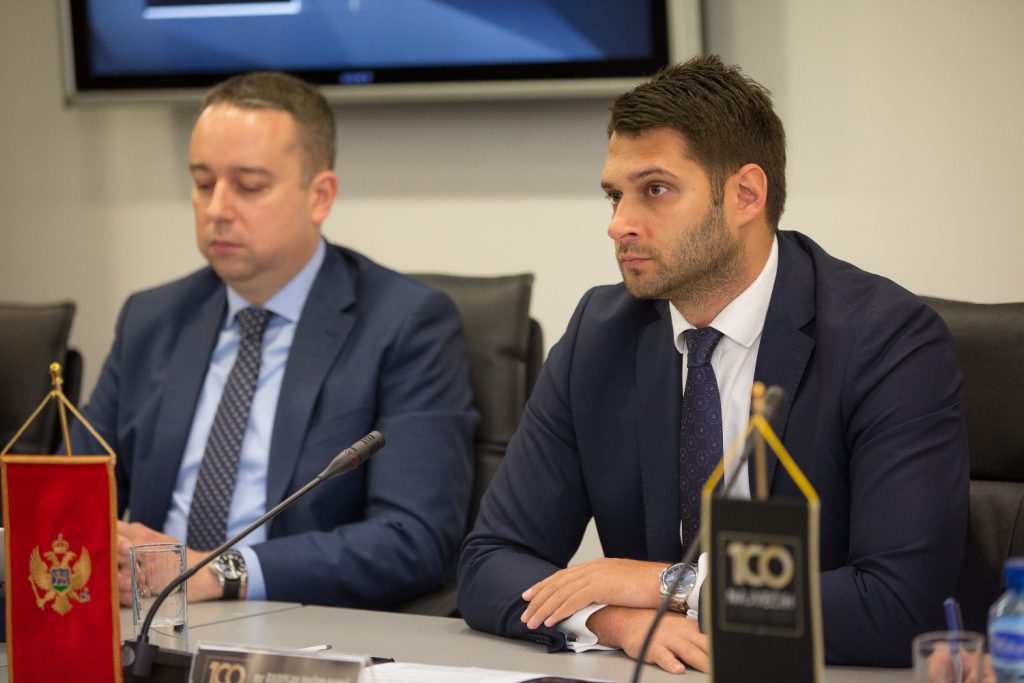 Mr. Samo Jovićević, corporate sector manager and deputy CEO of the Societe Generale Bank Montenegro, said that the final ranking showed that a large number of clients of that bank had achieved record results in the past year.

“We hope that the support of our bank has also contributed partly to these successes and we believe that these companies have achieved additional momentum in the first quarter of this year as well,” Jovićević said.

He pointed out that it was very important to reward and highlight companies that made an extraordinary contribution to the Montenegrin economy and to the development of small and medium-sized business, primarily because, as he explained, an example should be given to show that it was possible to achieve good results with persistent and committed work and thus contribute to the further development of the business environment and the entire economy.

“Therefore, I would like to use this opportunity to congratulate the most successful ones, and to wish an even more successful current year to all the companies in Montenegro,” Jovićević said. 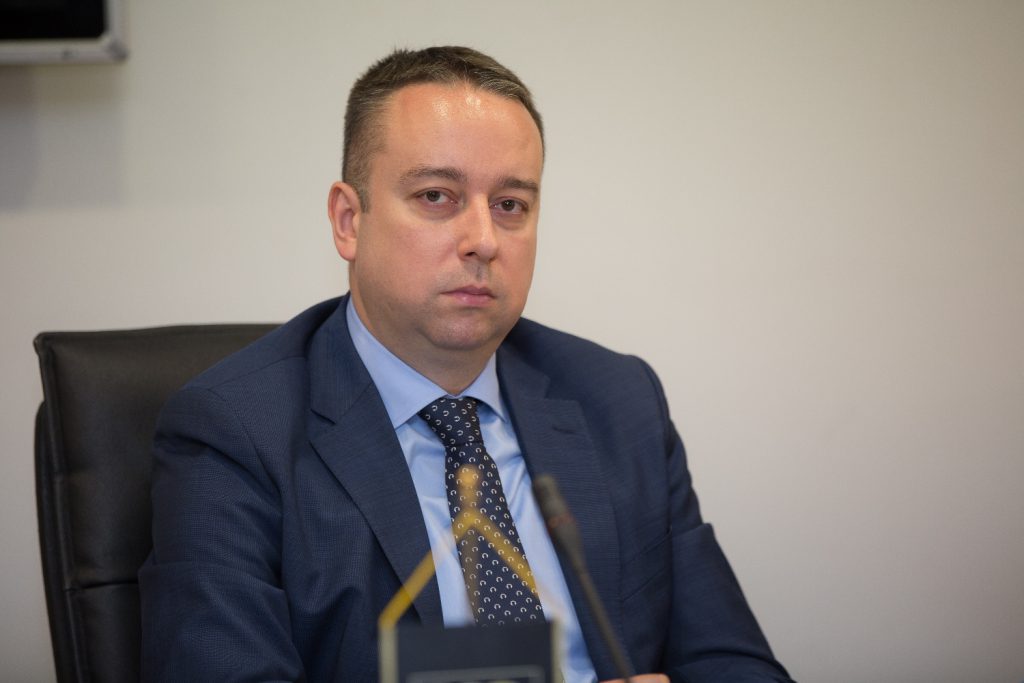 Mr. Matija Otašević, an expert for external communication in Crnogorski Telekom, said that the company was the exclusive partner of the project “Top 100” again this year. He added that the project continuously promoted transparent and responsible business operations, which gave a positive boost to the Montenegrin economy and improved overall business environment in Montenegro.

“Initiators of the “Top 100 ” project managed to gather and connect all successful companies in our market. Regardless of the field of business, we believe that connecting companies more firmly and promotion of good business practices are preconditions for enhancing competitiveness and market growth,” Otašević said.

He added that Telekom provided the highest quality services, and as a technology leader and a reliable partner, it helped the Montenegrin public and business sector to take advantage of all the opportunities of digitalization and thus improve their businesses and work with citizens.

“We believe that projects such as the “Top 100″ additionally help connect companies and facilitate mutual sharing of business experiences, which actually makes them the most successful in the country, and explains why Telekom is part of this story from the beginning,” Otašević said. 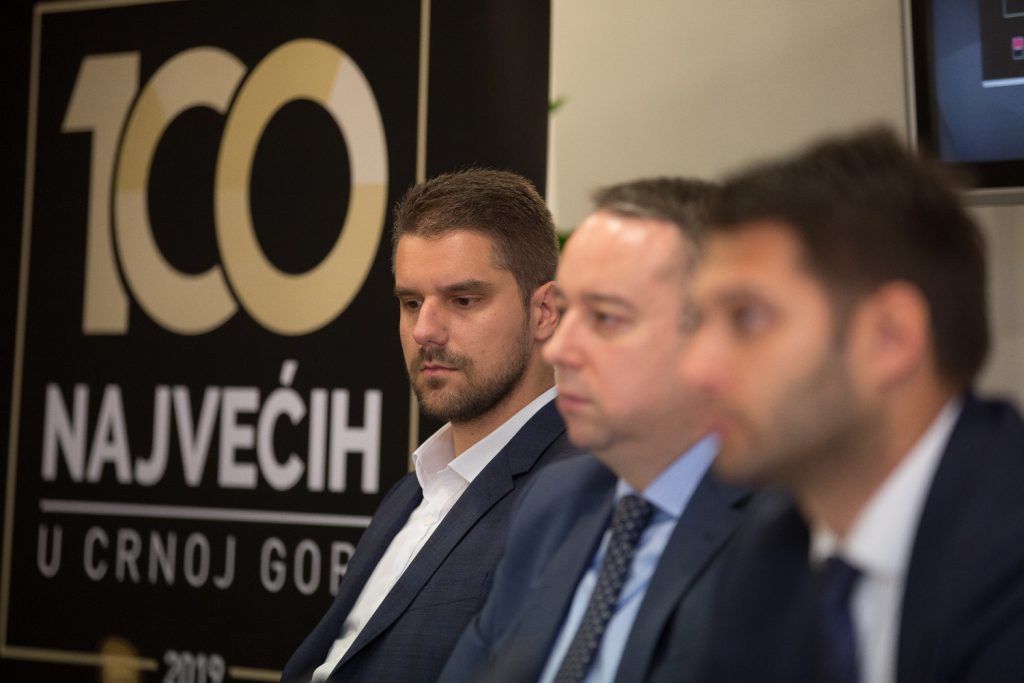 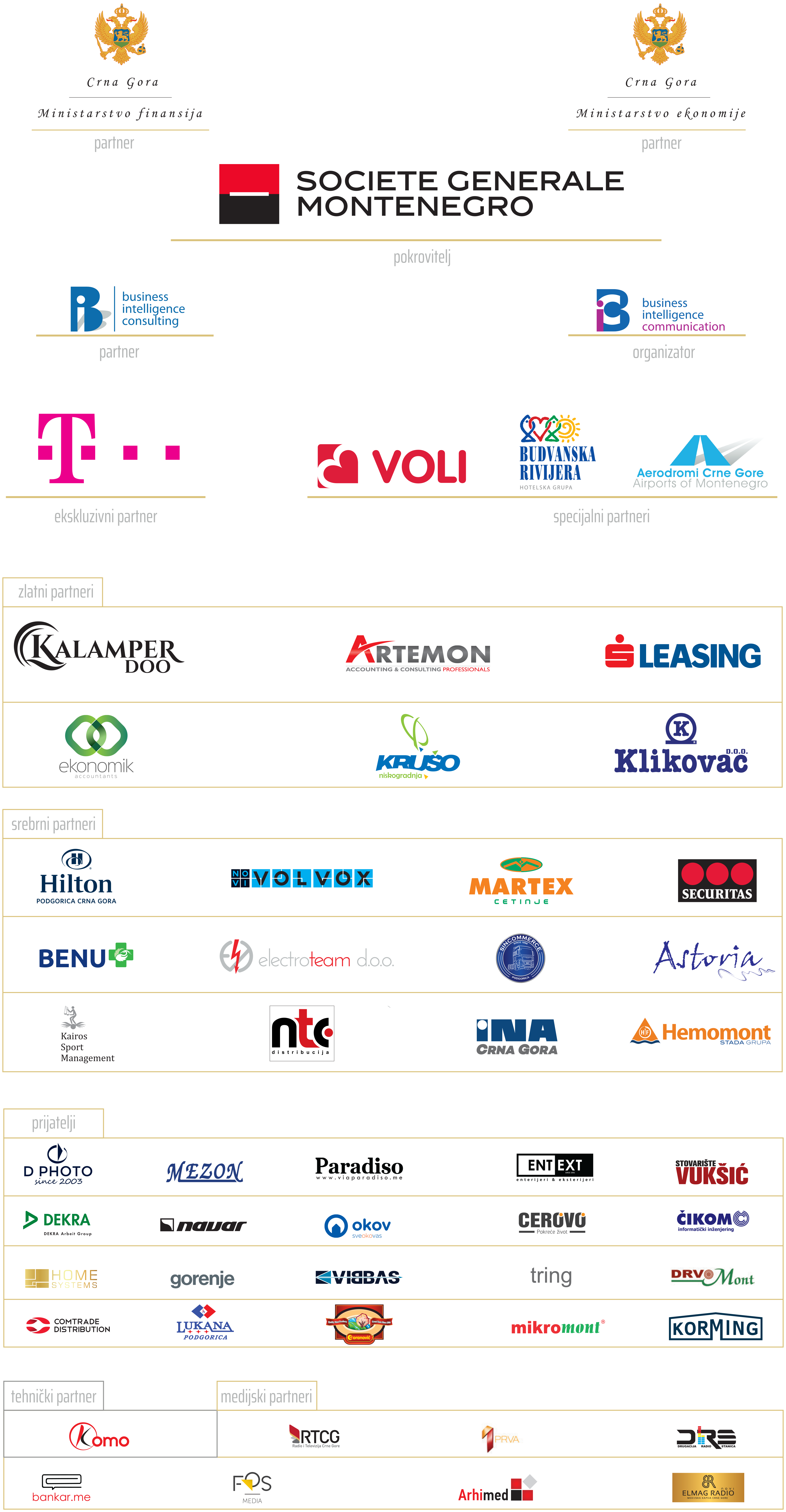