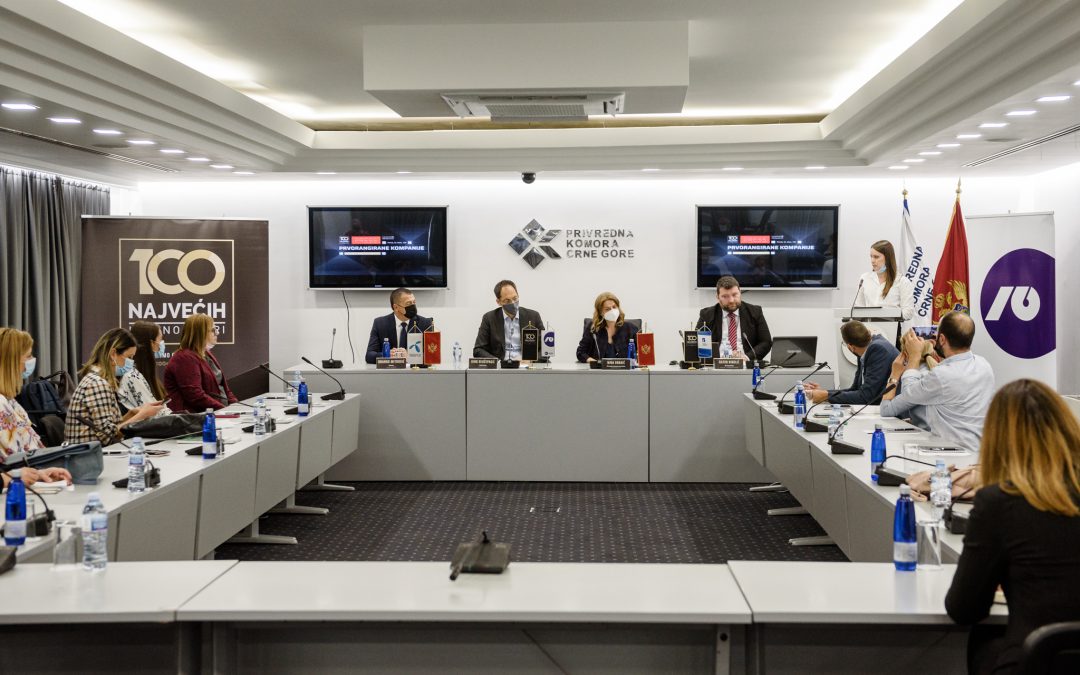 2020 as a business year was a test for the healthy part of the domestic economy, and the top ranked companies, which showed that solid foundations, hard work, and perseverance bear fruit even in challenging times, will give an impetus to the recovery of Montenegrin economy this year and in years to come.

This has been communicated at the press conference of the “Top 100 in Montenegro 2021” project, where the results of ranking the most successful Montenegrin companies in 25 categories have been summarized. The project was initiated by BI Consulting with the support of the Chamber of Economy of Montenegro, with general sponsorship of NLB Banka Podgorica, and the conference was organized by BI Communication, the market communications agency.

Mr Ratko Nikolić, the founder of BI Consulting, a business information provider, has said that achievements of Montenegrin companies have been analysed through “Top 100 in Montenegro” project for the fourth consecutive year. 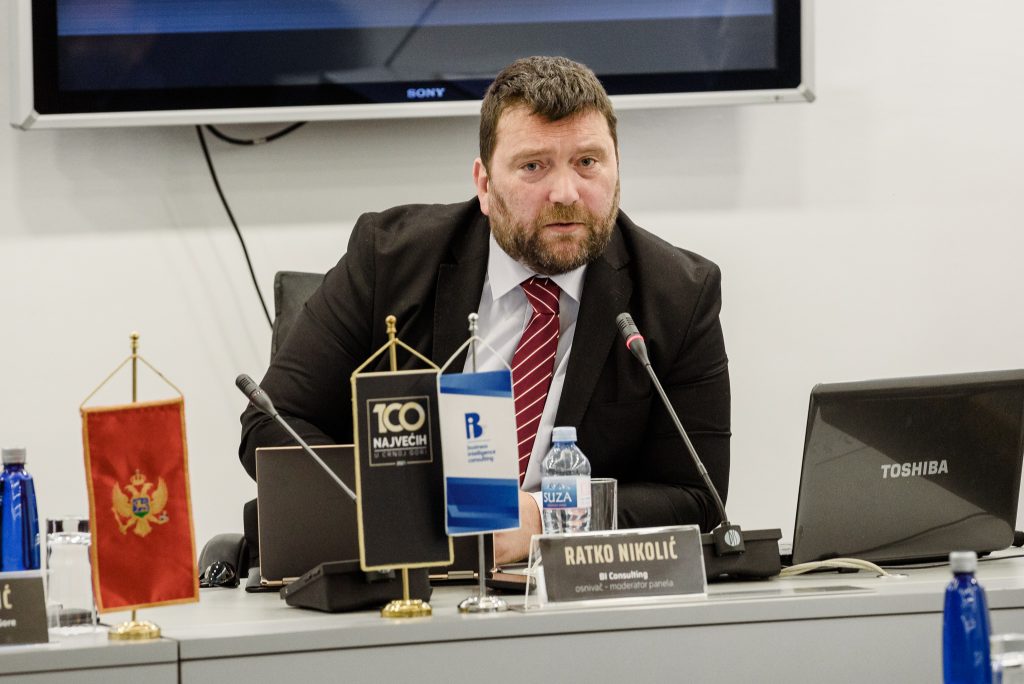 “We have ranked them within their categories and business activities and ranking are ready to be published in our annual publication. Although marked by the health crisis, which had a particularly strong, direct and negative impact on our tourism industry, and indirectly on trade, food production and most of the other business activities, 2020 as a business year was a sort of a test for the healthy part of our domestic economy. With that in mind, we can see to what extent domestic companies have managed to overcome the challenges they faced last year,” Mr Nikolić has explained.

“In the category of small companies, the company GUARDIAN WORLD is top-ranked based on the number of employees, CARLSBERG MONTENEGRO based on its revenues, and DOMEN based on its net profit. They are also all from Podgorica,” Mr Nikolić has said.

As he has explained, in the category of medium enterprises, TOBACCO S PRESS from Podgorica is top-ranked based on the number of employees, FARMEGRA from the same city based on revenues, and ROAMING MONTENGERO from Nikšić based on its net profit.

“Among large companies, the largest employer is VOLI TRADE from Podgorica, ELEKTROPRIVREDA CRNE GORA AD NIKŠIĆ generated most revenues, and BEMAX from Podgorica is the most profitable company,” Mr Nikolić has said.

“PRICEWATERHOUSECOOPERS from Podgorica is top-ranked in the audit and accounting sector, BEMAX in the construction sector, MESO-PROMET from Bijelo Polje in the food and beverages sector, UNIPROM Nikšić in the other production and processing sector, MTEL in the telecommunications sector, COMTRADE DISTRIBUTION in the IT sector , JUGOPETROL in the trade in oil and derivatives sector, GLOSSARY in the pharmaceutical sector, and HIPOKRAT Policlinics in the sector of medical services, all of them from Podgorica”, Mr Nikolić has said.

Ms Nina Drakić, the vice president of the Montenegrin Chamber of Economy, has said that she is pleased that the press is about the last year’s most successful companies in Montenegro, as it was a very demanding year by all standards – health, economic, social. 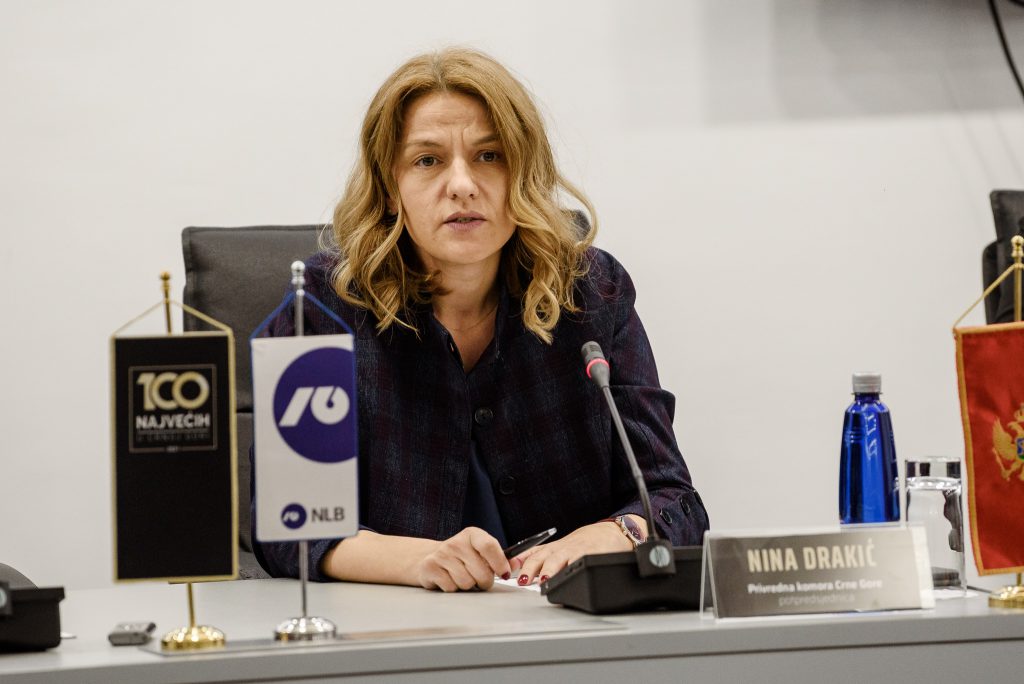 “Top ranked companies from this year’s publication TOP 100 have shown that solid foundations, hard work, and perseverance bear fruit even in challenging times. I am sure that 100 top companies, which represent the healthy tissue of our economy, will give impetus to the recovery of the Montenegrin economy this year and in years to come,” Ms Drakić has said.

Mr Dino Redžepagić, the executive director of NLB Banka, has said that the transparency and positive business practices, promoted by the Top 100 project and also values shared by NLB Banka, are what sets one business entity apart from another and makes it a reliable partner for employees, clients or shareholders.

“Everyone needs a predictable environment in order to give their best. Banks have a clear long-term business interest: companies and the state to function and be successful. Also, it is in the best interest of both the state and companies to have a preserved and responsible banking system, which will continue to invest in the economy even during an unfavourable economic period and focus on long-term potential and growth.”

Mr Branko Mitrović, executive manager of Telenor, has highlighted that the year of the crisis has shown, more than ever before, how important the telecommunications industry is for every society and its digital transformation. 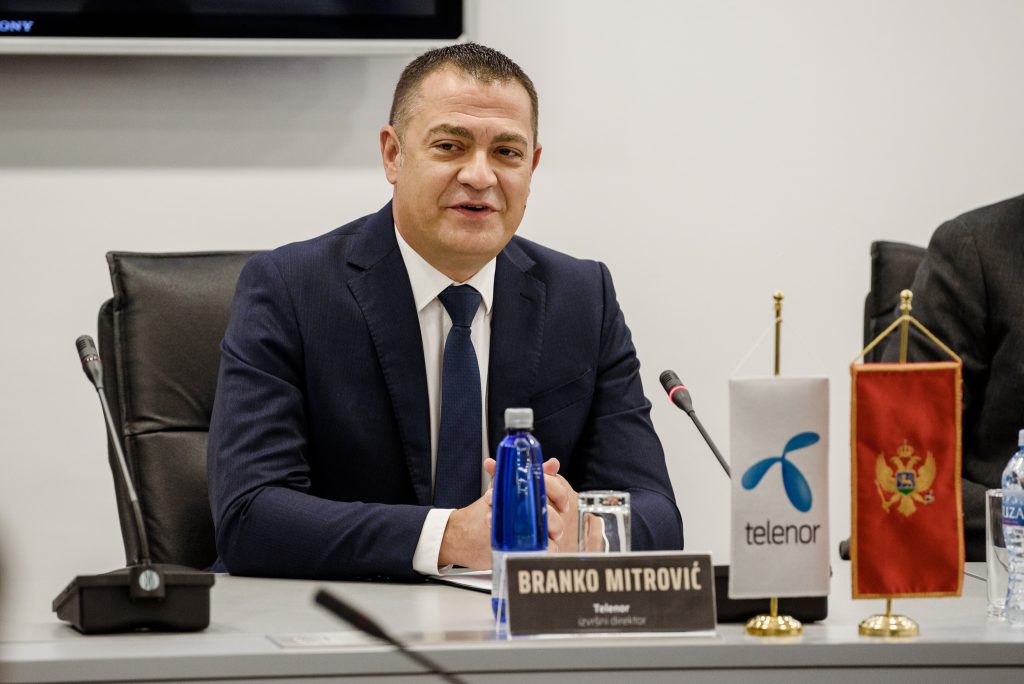 “Montenegro is no exception to that, and once again we could see that telecommunications and the IT sector are of key importance for the development of digital economy. It is also a great opportunity to intensify the development of the Montenegrin economy and reduce its dependence on tourism. Telenor will continue giving its full contribution in that direction,” Mr Mitrović has said.

The lists of all companies ranked in 25 categories will be published in the special publication Business Newspaper – TOP 100 in Montenegro 2021, which will be out soon.